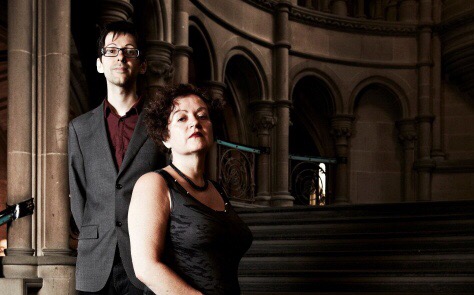 THIS weekend sees the return of Gothic Manchester Festival (October 20-23), welcoming fans of gothic literature, art, architecture and film to the city, as well as academics and researchers with an interest in gothic studies.

Dr Linnie Blake, Director of the Manchester Centre for Gothic Studies and festival organiser said: “In keeping with our reputation for Gothic excellence in the fast-beating heart of the North, we are proud to present the fourth annual Gothic Manchester Festival.”

This year, the festival will be exploring the theme of the ‘Gothic North’. Dr Blake added: “The Gothic North is a place and a state of mind, a source of horror and the locale of untrammelled passions, a place beyond, a site of contestation, a dream.

“Whilst early gothic novels looked frequently to the lascivious Catholic south for its characters, settings and thematics, the ancient, hostile and frequently grim spectre of ‘the north’ has haunted the gothic mode since Frankenstein’s monster fled across the ice floes of the northern polar regions and Emily Bronte’s lovers walked the moors after death.”

On Friday, the annual Twisted Tales event will welcome award-winning author and Manchester Metropolitan alumni Andrew Michael Hurley to speak about his debut novel The Loney.

Andrew said: “I was approached earlier in the year to be involved in the Gothic Festival and straight away, it was something that I was keen to do. As a festival which will include not just literature but art and film, it’s a great mix in a fascinating area.

“There’s a lot of preconception surrounding gothic; people think it’s all horror films and melancholy. I’ve found the same responses from those who’ve read The Loney. People will say ‘I don’t usually read books like that’ – and they’re surprised by how much they’ve enjoyed it.”

On Saturday, the annual symposium will explore all aspects of The Gothic North, including the ancient north, being and becoming northern, and “it’s queer up the gothic north”.

New book Horror: A Literary History, edited by Senior Lecturer Dr Xavier Aldana Reyes and published by The British Library will be officially launched and the day will end with a screening of Ben Wheatley’s dark comedy Sightseers.

On Sunday, North West tour guide and Manchester Confidential editor, Jonathan Schofield will be sharing his knowledge and passion for the haunted history of the city, with two different walking tours, as well as hosting the annual Gothic Manchester pub quiz, this year on the topic of Horrible and Ghostly (mostly) Manchester Histories.

Skullfades Foundation set to host sleepout to support homeless people to get off the...

Peel’s plans for 750 homes on Greenfield Broadoak site in Worsley are rejected by...