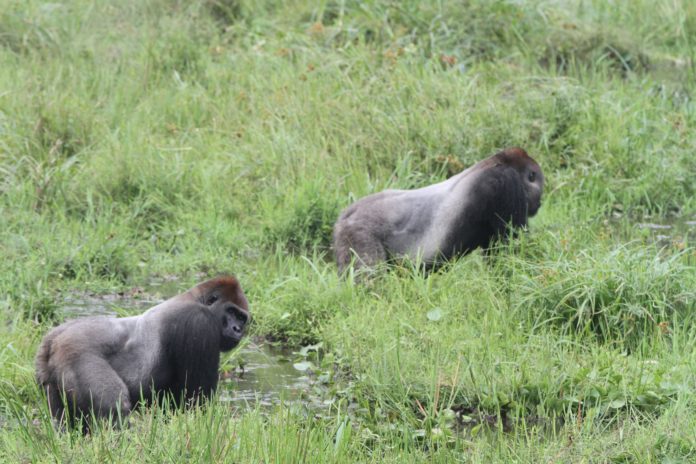 Gorillas have more complex social structures than previously thought, from lifetime bonds forged between distant relations, to “social tiers” with striking parallels to traditional human societies, according to a new study.

The findings suggest that the origins of our own social systems stretch back to the common ancestor of humans and gorillas, rather than arising from the “social brain” of hominins after diverging from other primates, say researchers.

Published in the journal Proceedings of the Royal Society B, the study used over six years of data from two research sites in the Republic of Congo, where scientists documented the social exchanges of hundreds of western lowland gorillas.

“Studying the social lives of gorillas can be tricky,” said lead author Dr Robin Morrison, a biological anthropologist from the University of Cambridge. “Gorillas spend most of their time in dense forest, and it can take years for them to habituate to humans.”

“Where forests open up into swampy clearings, gorillas gather to feed on the aquatic vegetation. Research teams set up monitoring platforms by these clearings and record the lives of gorillas from dawn to dusk over many years.”

Gorillas live in small family units – a dominant male and several females with offspring – or as solitary male “bachelors”. Morrison, who has worked at Mbeli, used statistical algorithms to reveal patterns of interaction between family groups and individuals in the datasets.

By analysing the frequency and length of “associations”, she found hitherto undetermined social layers. Beyond immediate family, there was a tier of regular interaction – an average of 13 gorillas – that maps closely to “dispersed extended family” in traditional human societies e.g. aunts; grandparents; cousins.

Beyond that, a further tier of association involved an average of 39 gorillas, similar to an “aggregated group” that spends time together without necessarily being closely related. “An analogy to early human populations might be a tribe or small settlement, like a village,” said Morrison.

Where dominant males (“silverbacks”) were half-siblings they were more likely to be in the same “tribe”. But over 80% of the close associations detected were between more distantly related – or even apparently unrelated – silverbacks.

“Females spend time in multiple groups throughout their lives, making it possible for males not closely related to grow up in the same natal group, similar to step-brothers,” said Morrison. “The bonds that form may lead to these associations we see as adults.”

Occasionally, when lots of young males “disperse” from their families at the same time but are not yet ready to strike out on their own, they form “all-male bachelor groups” for a while. The researchers suggest this could be another bond-forming period.

The team uncovered hints of an even higher social tier of “periodic aggregations”, similar to an annual gathering or festival based around “fruiting events”, although these are too infrequent to detect with certainty from this study’s data.

In fact, Morrison and colleagues argue that sporadic fruiting schedules of the gorillas’ preferred foods may be one reason why they – and consequently maybe we – evolved this “hierarchical social modularity”.

“Western gorillas often move many kilometres a day to feed from a diverse range of plants that rarely and unpredictably produce fruit,” said Morrison. “This food is easier to find if they collaborate when foraging.”

“Gorillas spend a lot of their early life in the family group, helping to train them for foraging. Other long-term social bonds and networks would further aid cooperation and collective memory for tracking down food that’s hard to find.”

A small number of mammal species have a similar social structure to humans. These species also rely on “idiosyncratic” food sources – whether forest elephants hunting irregular fruitings, or the mercurial fish schools sought by dolphins – and all have spatial memory centres in their brain to rival those of humans.

Before now, the species on this short list were evolutionarily distant from humans. Our closest relatives, chimpanzees, live in small territorial groups with fluctuating alliances that are highly aggressive – often violent – with neighbours.

As such, one theory for human society is that it required the evolution of a particularly large and sophisticated “social brain” unique to the hominin lineage.

However, Morrison and colleagues say the addition of gorillas to this list suggests the simplest explanation may be that our social complexity evolved much earlier, and is instead merely absent from the chimpanzee lineage.

“The scaling ratio between each social tier in gorillas matches those observed not just in early human societies, but also baboons, toothed whales and elephants,” added Morrison, from Cambridge’s Department of Archaeology.

“While primate societies vary a lot between species, we can now see an underlying structure in gorillas that was likely present before our species diverged, one that fits surprisingly well as a model for human social evolution.” 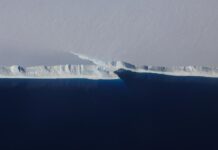 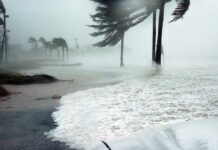 Earth’s recovery from mass extinction could take millions of years