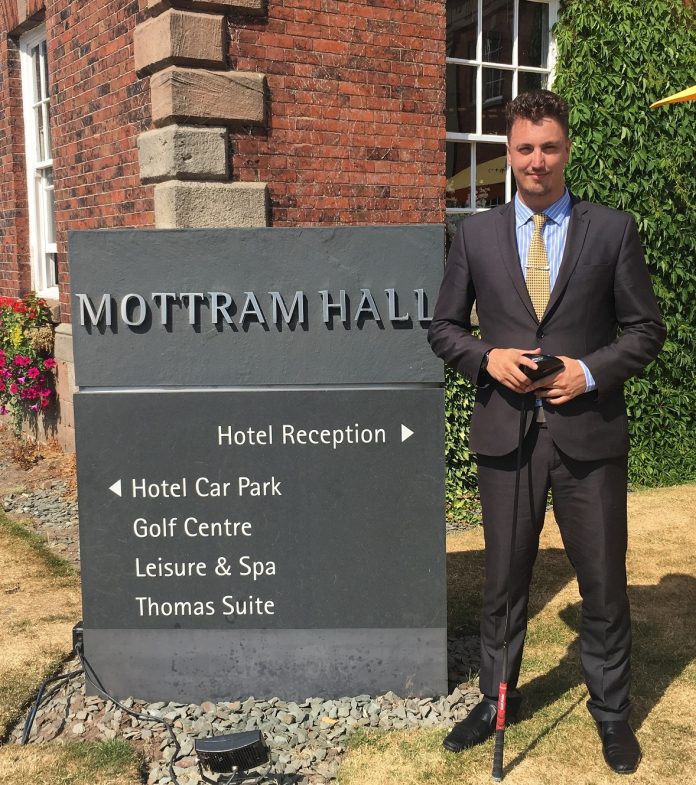 Jason Davies is preparing to embrace a new challenge in his burgeoning career after being appointed as director of golf at Mottram Hall in Prestbury, Cheshire.

Davies has taken up his new post at the four-star QHotels resort having worked in a succession of key golf roles at golf clubs and resorts across north-west England and north Wales including, most recently, as golf business manager at Carden Park.

He said: “Mottram Hall is one of the most well-respected golfing venues in the north of England which has a reputation for offering guests an outstanding golf experience.

“I share the same desire for excellence and I’m looking forward to working with the rest of the team and playing a leading part in delivering an exciting future for the resort.”

Mottram Hall – managed by RBH, the UK’s leading independent hotel management company – sits in 270 acres of Cheshire’s finest parkland, one mile from the picturesque village of Prestbury, and was the host venue for the 2013 European Seniors PGA Championship.

The 7,006 yard, par-72 Championship Course – comprising magnificent parkland fairways dotted with oak and beech trees, and tricky, well-guarded greens – is broken up into two contrasting circuits of nine. The front nine, with its impressive backdrop of the 18th century hall, gently rolls over meadowland and offers the golfer many chances to make a score. The back nine winds through some lush woodland and is a much more demanding test of golf.

As the largest golf resort operator in the UK, RBH manages 10 championship and tournament golf courses across the UK, hosting events from the European Tour, European Seniors Tour, Ladies European Tour and the PGA.