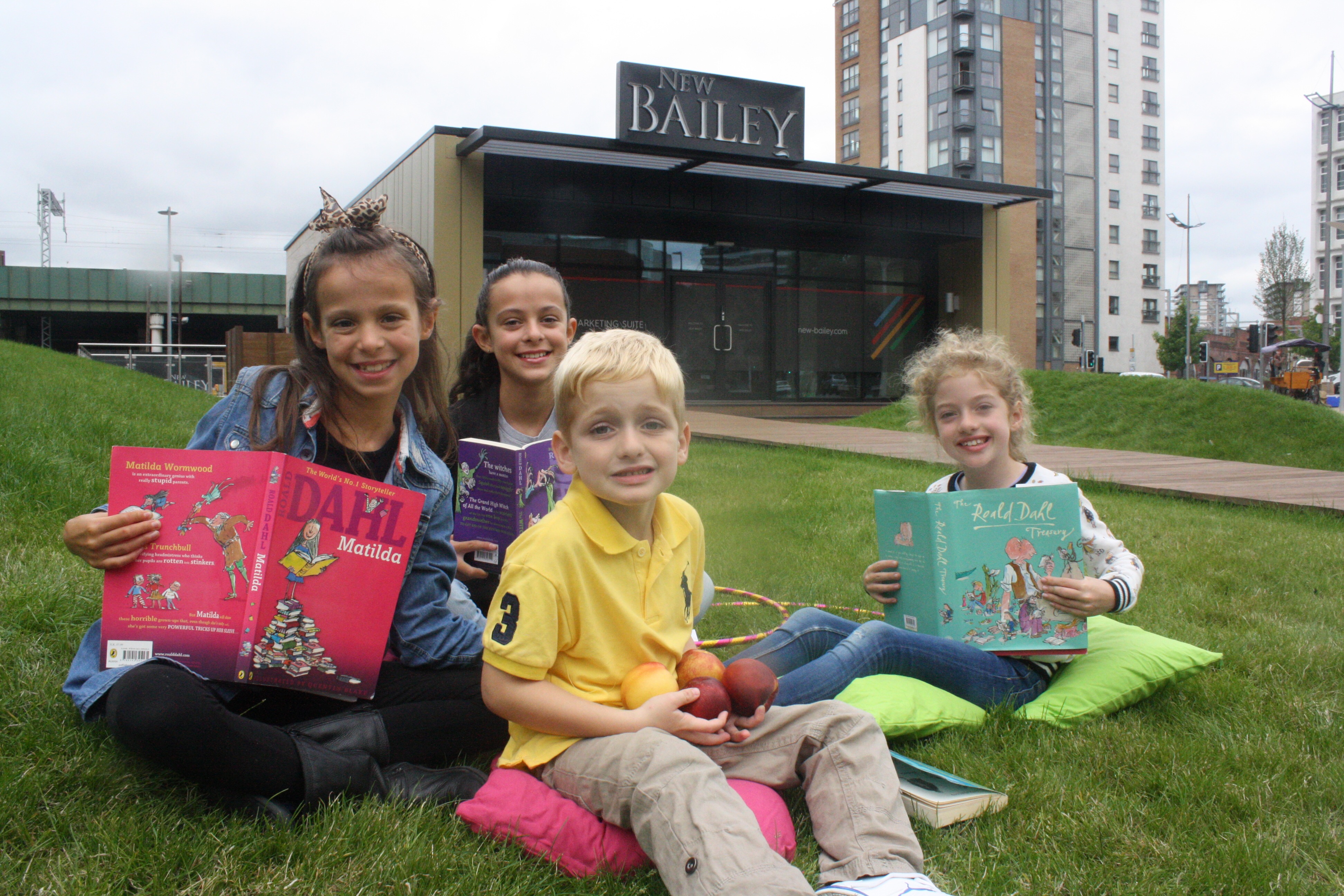 A giant inflatable orange peach measuring 4.8 metres in height and 4.5 metres in width will be rolling into New Bailey Street, Manchester this September to celebrate Roald Dahl’s 100th birthday.

Visitors will be transported to a Roald Dahl wonderland where they will be greeted by a BFG, take a walk through Willy-Wonka’s garden and enjoy a fun filled story inside the giant peach itself.

And if all that wasn’t enough there’s a pop up cinema where you can watch the Roald Dahl classics such as James and the Giant Peach, Willy Wonka and the Chocolate Factory, The Witches and Matilda.

Phil Mayall, Development Director of Muse Developments said: “Roald Dahl’s books have been a family favourite for as long as I can remember and we’re delighted to be able to celebrate these magical stories here in New Bailey. After the success of bringing the Manchester Duck Race to New Bailey, we’re keen to see more family focussed events coming here. Our Roald Dahl themed event which we’ve called “Glittering Eyes” is just the beginning. As well as a whole host of children’s activities we will also be welcoming delicious street food to keep the parents happy too.”

The event will open at 11am on Saturday 10th September with the first film showing, James and the Giant Peach starting at 12pm. Willy Wonka & the Chocolate factory (1971) will follow at 3pm. Sunday will start at 11am with The Witches at 12pm and Matilda at 3pm.

Vaccine is doing everything we expected say scientists