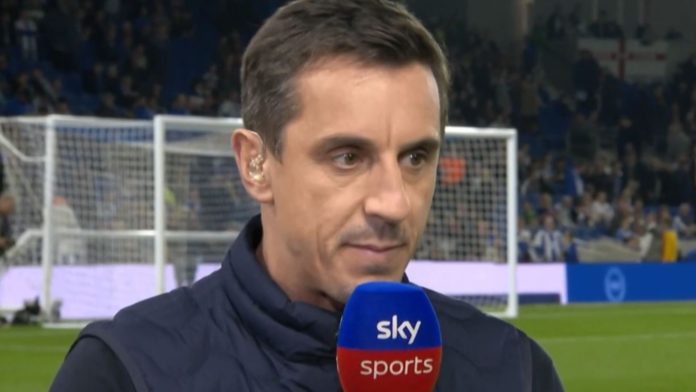 Former Manchester United full back and now pundit Gary Neville has called for the club’s executive vice president to be sacked in the wake of the club’s defeat at league leaders Liverpool yesterday.

“They’ve made some terrible investments in terms of recruitment and it’s all coming home to roost and nothing brings it home more than seeing Liverpool right back at the top of that league, that is the most painful thing.

“I hope that everyone in that Man Utd executive boardroom team that they’ve got here today is feeling the pain of those fans and everyone else watching who is associated with the club because this is going to get bad.” he told Sky News

“I can’t change the ownership of United, no one can. I’m struggling to understand why the ownership have persisted in trusting that management team to oversee the building of a Premier League title winning team since Sir Alex left,” he told the Gary Neville Podcast.

“I saw a statistic two weeks ago that United have the second-highest wage bill in the world. And that’s the squad they’ve got. It’s unforgivable. It really is.

“I can’t believe the investment that’s been put into the squad in the last five, six, seven years and you end up with that out on the pitch.

“If you don’t lose your job for essentially overseeing that investment, that wage bill, and putting that team out on the pitch then I have to say something is really wrong.

“There’s real talent in that executive team … but in terms of what the club needed to do for a number of years now is put the best in class football operators into that club and they’re not doing it. They’re not doing it and it’s a mess.”