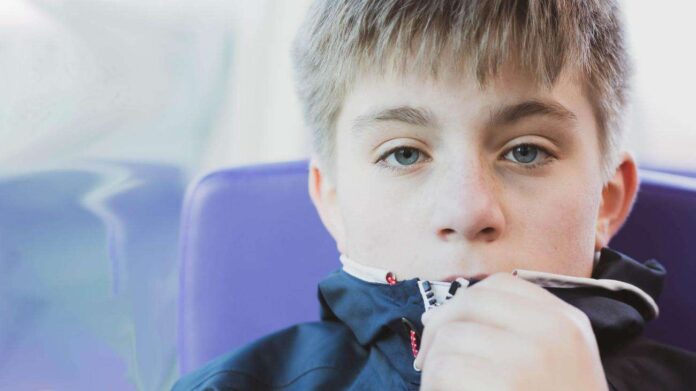 More than four out of five parents and carers are concerned about children being exploited to sell drugs in their local area according to a new survey conducted on behalf of The Children’s Society.

The research found the same proportion (84%) are concerned about children being groomed online by people who want to criminally exploit them.

But the charity’s survey of 2,000 parents, foster parents and legal guardians found, worryingly, that many parents were not knowledgeable about child criminal exploitation and about what to do if they have concerns.

When asked where they thought children were most at risk of being targeted and groomed for criminal exploitation, the most common answers were locations online, with social media (56%), messaging apps (47%) and online gaming (42%) the top three.

However, far fewer parents knew of the risks of young people being targeted in the community at locations like fast food outlets (19%), shopping centres (24%) and at transport hubs and on public transport (18%).

Almost half (46%) say they think the risk of children being criminally exploited has increased in their locality since the start of the pandemic.

The Children’s Society is warning that the festive period too can be a time when children are vulnerable to exploitation as it launches its Christmas campaign encouraging people to support it in its mission to help children break free from the cycle of exploitation.

The charity is urging parents to be alert to signs of exploitation, highlighting how unexpected gifts received by their children can be a sign of grooming rather than seasonal goodwill and that young people can feel more isolated as schools and other support systems temporarily shut down.

Its survey found four in ten parents had not heard of the term child criminal exploitation, which is used to describe the grooming and coercion of children to commit crimes. These can include drug dealing in county lines operations, in which criminal groups exploit young people to carry and sell drugs across the country, but more than a quarter of parents had not heard of the term county lines. Children can also be criminally exploited in other ways, including to commit violence, car theft or burglary or to hold money or weapons for criminals.

More than four in ten parents said they wouldn’t know where to go (24%) or wouldn’t be sure where to go (19%) if they were concerned about someone grooming a child in the community or online in order to criminally exploit them.

Parents’ knowledge of possible signs of child criminal exploitation was also patchy. Fewer than six in ten knew that a child expressing anger, aggression or overconfidence, or not caring what happened to them, could be a warning sign, compared with 77% who associated a child carrying a knife or weapon with exploitation.

Mark Russell, Chief Executive at The Children’s Society, said: “We know any child can be vulnerable to criminal exploitation, including county lines drug dealing, and suffer horrific threats and violence. But we were still taken aback by the numbers of parents who said they were concerned about this happening to children in their local community.

“Exploitation can wreck young lives and put children in enormous danger. Successive lockdowns have left many feeling isolated, struggling with their mental health and worried about everything from the pandemic to family finances.

“Criminals prey on vulnerabilities by grooming young people with offers of cash, gifts, drugs and alcohol, and friendship and status. Since the pandemic we have seen more cases of young people being targeted online in particular.

“Christmas too, can be a time when young people feel more isolated as schools and other services close. Our project workers offer them vital support to break free from criminal exploitation but it is often a long and difficult road and children can only get help if people are aware of the risks and signs of criminal exploitation and report concerns.

“It is worrying that significant proportions of parents lacked knowledge about this type of exploitation, the places where children can be targeted – especially in the community – the signs to look out for and who to go to if they have concerns.

“More needs to be done to raise awareness about child criminal exploitation among not just professionals, but parents, children and the wider public too

“These children are still being criminalised rather than recognised as victims. But better awareness alone is not enough. Far more needs to be done to ensure professionals are able to offer the early help children desperately need before they become trapped in a cycle of exploitation and long-term support when this sadly happens.”

The Children’s Society is calling on the Government to introduce a national strategy to tackle child criminal exploitation supported by the funding needed to help end the current postcode lottery when it comes to supporting young people and families.

It says parents’ concerns about online grooming are a clear call for the Government to ensure its proposed Online Safety Bill includes protection not only from sexual abuse and exploitation but also for children who are groomed online to commit crimes.

And it wants the Government to commit to rolling a national campaign to raise awareness among parents and the public of child criminal exploitation.

The charity says parents and carers whose children are being exploited may not understand what is happening at first and finding out can be frightening. But it says with better knowledge, awareness and support they can be crucial allies in supporting their children and helping them access professional help.

Why have we not found aliens? They are all dead says Brian Cox