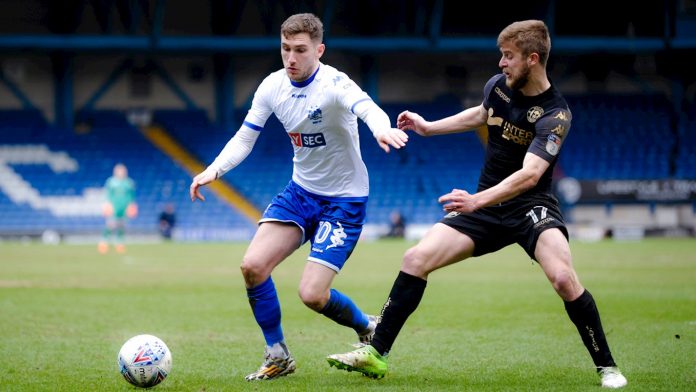 Nick Powell and Chey Dunkley fired Wigan Athletic to a third consecutive away win in Sky Bet League One at Bury.

The win sees the Latics up to second still with games in hand on Shrewsbury Town and Blackburn Rovers while Bury remained rooted to the bottom of the Division with relegation now looking inevitable for the Shakers.

Wigan opened the scoring in the 26th minute as Nick Powell poked in from close range after the Shakers had dominated early proceedings.Chey Dunkley’s bullet header beat a helpless Connor Ripley to double the lead and secure all three points for the away side.

“Regardless what anyone thinks, the points are there for us to gain, regardless of what anyone else is doing, to guarantee our survival. If we don’t survive with the group of players I’ve got, then I’m sure we can mount a promotion challenge next season in League Two.” said Rochdale Manager Keith Hill after his side’s draw at Scunthorpe.

Callum Camps opened the scoring in the first half, leaving Matt Gilks rooted to the spot with a strike from 25-yards, but the Iron levelled the scoring through Ivan Toney six minutes after the break.