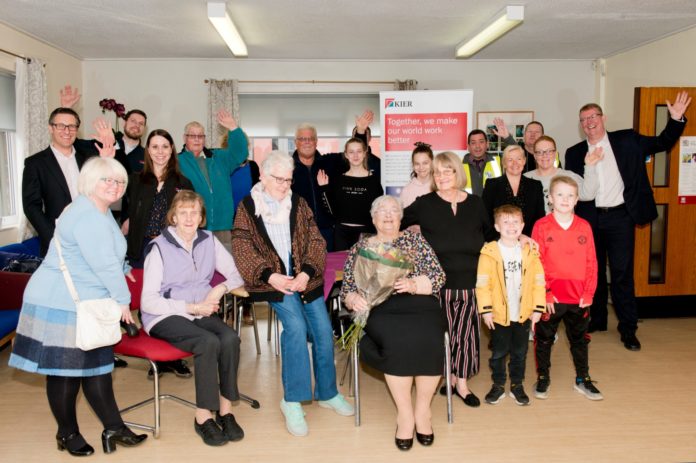 A focal point for the community in Gorton has been given a new lease of life thanks to a five-figure restoration project.

For nearly 40 years the Gorton Community Centre has grown to become a lynchpin for East Manchester Residents.

Supporting pensioners to new mums, the staff of the centre have been able to help generations of Mancunians from the cradle to their twilight years.

A community grocer has also been established at the centre, providing cheap and healthy food to residents for a fraction of the retail price.

But after four decades the centre had declined into a state of disrepair and ran the risk of no longer being fit for purpose. However, as a result of its partnership work with Manchester City Council and its commitment to corporate social responsibility, construction giant Kier were able to step in to help the community centre.

During April they carried out a full, and completely free refurbishment of the centre which would have ordinarily cost more than £10,000.

On April 12 after a hectic week the keys were handed back over to the centre’s management, who were ready to get back into the busy day-to-day business of running a vibrant community hub.

Kier’s Regional Director Garry Bowker said: “We’re a Manchester-based company and as a result of that, we like to get involved in community projects. Social value is big on our agenda. We’ve made a commitment to support the local community in Gorton and it’s nice to see everybody here today. It’s clearly a very well used centre and long may it continue.”