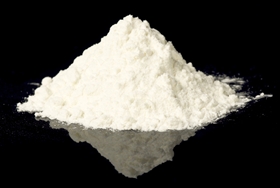 Five more men have been jailed as part of an investigation into a multi-million pound drugs ring, Operation Vertex, into drug supply in Greater Manchester.

The investigation, which is led by GMP’s Serious and Organised Crime Group, continues with enquiries into those associated with the gang, some of whom are believed to be overseas, ongoing.

The court heard how Atif Zarif aged 35 of Daneshill, Prestwich, managed the supply of drugs into the Prestwich area and was instructed to direct the operation in the UK.

When polive searched their house, John Reilly threw a kilogram of cocaine out of the window, only to be almost immediately recovered by officers.

Detective Inspector Lee Griffin from GMP’s Serious and Organised Crime Group said: “This has been a long running investigation, this group caught our eye in 2016 and we monitored their activities for some time.

“They collected 60kg of cannabis from London and attempted to bring it back to the North West in a van they had hired especially for the deal. The van was stopped on the M6 where Louis Beswick and James Davis were arrested. During the arrest stage of the investigation, further offences were disclosed and more drugs recovered.

“This group has destroyed the lives of vulnerable people in peddling illegal drugs and we will not stop until all members of this drugs ring are behind bars, but today we are happy with the sentences and we can be satisfied in the knowledge that a stop has been put to them causing any more damage to Greater Manchester.”