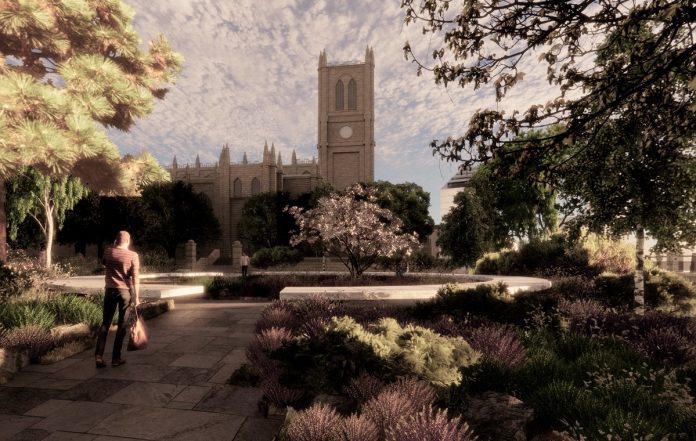 The first pictures of what the permanent memorial to the Manchester Arena attack victims will look like have been released this morning.

The white stone “halo” will bear the names of the 22 victims in bronze and contain personalised memory capsules with mementos provided by their loves ones.

The memorial, between the cathedral and Chetham’s School of Music, is designed to be a tranquil garden space where people can spend time in quiet reflection.

People have been asked not to gather at this year’s memorial.

Instead service prayers will be led by Dean of Manchester Rogers Govender, who will read out the names of the 22 people who lost their lives at services taking place at Manchester Cathedral at 9am and 4.30pm on Friday, May 22.

Later that evening at 10.31, the time that the bomb was detonated, the bells of Manchester Cathedral will ring out 22 times.

Sir Richard Leese, the leader of Manchester city council, said: “Manchester will never forget the terrible events of 22 May 2017. Those who were killed, those who lost loved ones and all those whose lives changed forever that night are forever in our thoughts.
“We will be thinking of them on 22 May and, importantly, plans for a permanent memorial, a tranquil space for contemplation which can be used year-round, are progressing well.”