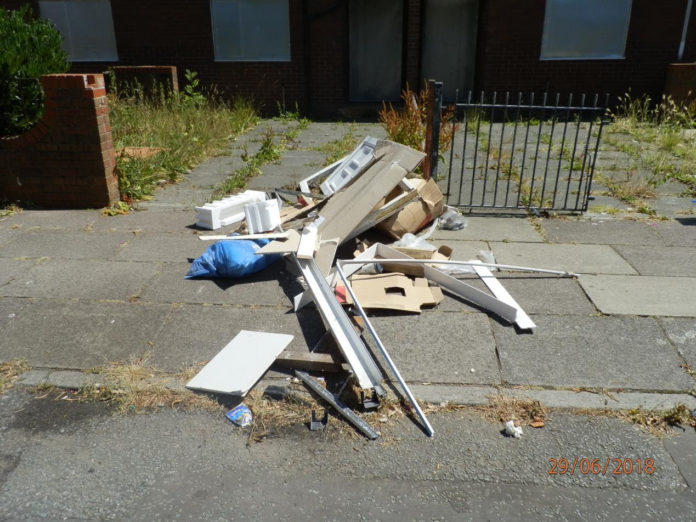 A Salford man’s good deed turned bad left his furious father in law refusing to speak to him for two days.

Joseph Keith Morris of Beech Court, Salford, used his father in law’s van to help clear his sister’s garden – but then dumped the waste in a street half a mile away from his home.

When tracked down by council officials Mr Morris admitted the offence, said he had been stupid and that his family’s response to his actions had been “a bit like torture.”

Mr Morris, a self-employed painter, decorator and handyman pleaded guilty to one offence of dumping controlled waste when he appeared at Salford and Manchester magistrates court on Tuesday June 11.

The court heard that a Salix Homes officer contacted the council after seeing Mr Morris illegally tipping the waste from a white Vauxhall van around 11.30am on Friday June 29, 2018.

When traced and questioned by council officials he admitted the offence saying his sister had moved house and asked him to clear the back garden for it.

He used his father in law’s van to clear the rubbish and went to the tip but there was a queue.

“I was stupid enough to think fly tipping was the easiest way to empty the van. I don’t know what was going through my head that day, I should have waited but I didn’t. I’m really sorry I did do it and it certainly won’t be happening again,” he told officials.

He said his partner was angry and his father in law didn’t speak to him for two days which hurt because he was very close to the family.