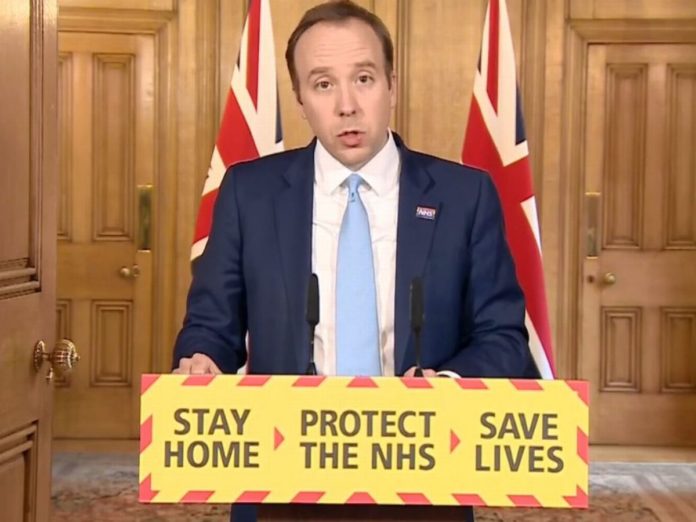 The Health Secretary Matt Hancock, defending the controversy over testing across the Uk that has built up over the past few days laid out a five point plan for upping the tests across the country.

Announcing at the same time that £13.4bn of historic NHS debt is to be written off and that £300m will made available for community pharmacies, Hancock admitted that the main problem was that at the beginning of this crisis was the country’s lack of diagnostics compared to Germany.

Demand for materials led to a shortage of both swabs and reagents. The swabs issue has been fixed but the Government is still tackling the reagents issue, which, he added, is a global challenge.

Outlining his five pillar strategy, the most urgent was swab testing in Public Health England Labs and within NHS hospitals, to find out if you already have the virus.

The second pillar is to create a swab testing capacity delivered by commercial partners.This will be done through partnerships with universities, research institutions and commercial companies such as Amazon and Boots to build a network of new labs and testing sites across the country.

Tellingly though the Health Secretary did not commit to a date by which every NHS worker can be tested.