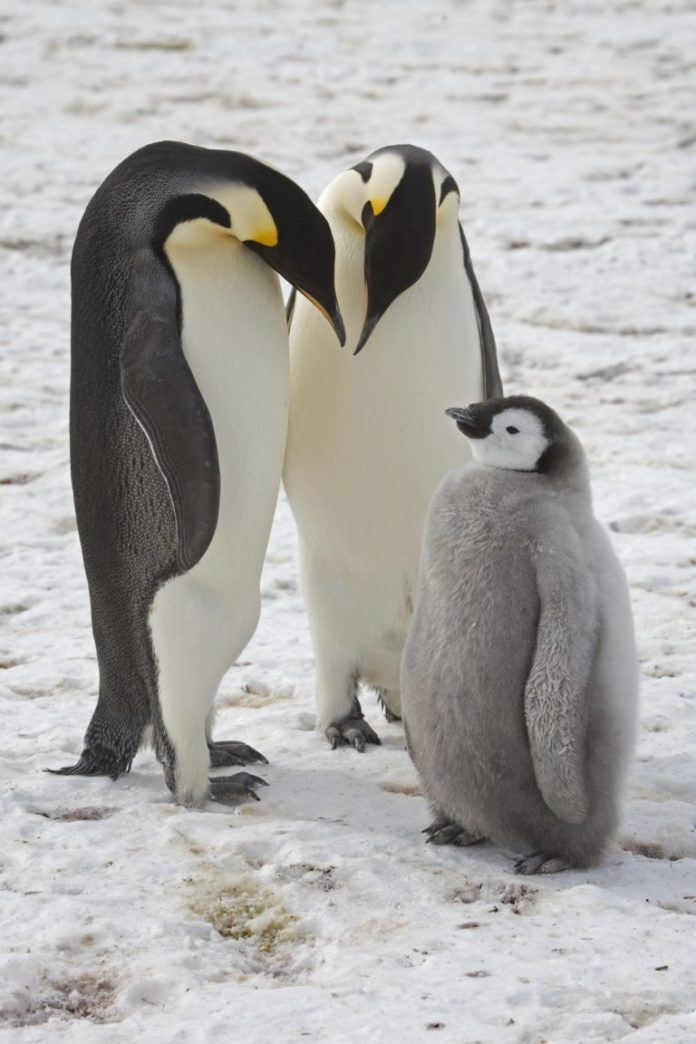 The researchers reviewed over 150 studies on the species and its environment as well as its behaviour and character in relation to its breeding biology. Current climate change projections indicate that rising temperatures and changing wind patterns will impact negatively the sea ice on which emperor penguins breed; and some studies indicate that emperor populations will decrease by more than 50% over the current century. The researchers therefore recommend that the IUCN status for the species be escalated to ‘vulnerable’; the species is currently listed as ‘near threatened’ on the IUCN Red List. They conclude that improvements in climate change forecasting in relation to impacts on Antarctic wildlife would be beneficial, and recommend that the emperor penguin should be listed by the Antarctic Treaty as a Specially Protected Species.

“The current rate of warming in parts of the Antarctic is greater than anything in the recent glaciological record. Though emperor penguins have experienced periods of warming and cooling over their evolutionary history, the current rates of warming are unprecedented.
“Currently, we have no idea how the emperors will adjust to the loss of their primary breeding habitat – sea ice. They are not agile and climbing ashore across steep coastal land forms will be difficult. For breeding, they depend upon sea ice, and in a warming world there is a high probability that this will decrease. Without it, they will have little or no breeding habitat.”