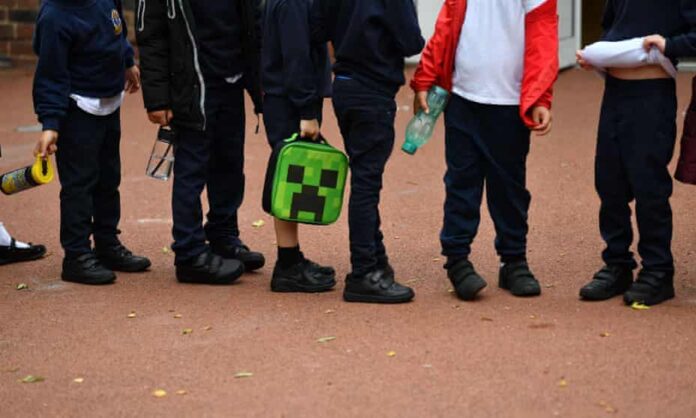 The Government’s multi-million pound catch up programme risks failing pupils who need it the most, leaving them facing an “epidemic of educational inequality”. In its new report, MPs on the cross-party Education Select Committee find that delivery partner Randstad is clearly not delivering on its targets, and call on the Government to prove the National Tutoring Programme’s efficacy, or else terminate the contract signed with Randstad.

School closures had a significant impact on the majority of children’s learning. The report finds that on average, pupils spent just 2.5 hours learning every day, mental health problems for children rose by 60% and schools faced a ‘spaghetti junction’ of bureaucracy trying to navigate funding avenues to support the re-opening of schools and educational recovery.

Whilst the almost £5 billion of additional funding provided by the Department for Education is welcome, the report warns that it is not being spent wisely. By not providing support for those most in need, the Government risks baking in deepening inequalities between disadvantaged children and their better off peers. More work needs to be done by the Department, not just on improving young people’s educational attainment, but also to better support their mental health.

MP’s say that Disadvantaged pupils could be “five, six, seven – in the worst case scenarios – eight months behind” according to their regional data.

In December, the Department for Education announced that persistent absence (missing over 10% of sessions) increased to 16.3% in secondary schools in Autumn 2020 which equates to 501,642 pupils out of 3 million secondary-aged young people.

The Centre for Social Justice reported that in addition to the 93,514 severely absent (missing over 50% of sessions) pupils in mainstream and special schools in Autumn 2020, there were an additional 6,000 severely absent pupils in alternative provision.

Schools with the most disadvantaged intake are ten times more likely to have a class-worth of severely absent pupils and over 13,000 young people in critical exam years are missing.

The National Tutoring Programme has so far reached just 15% of its overall target and only 10% of the target for the tuition pillars of the NTP (52,000 starts against a target of 524,000).

The Department for Education’s own annual report published in December 2021 rated it “critical/ very likely” that the measures to address lost learning will be insufficient. The NAO further reported that the NTP “may not reach the most disadvantaged children”.

The number of children referred for mental health help in 2019-20 increased by nearly 60% compared with 2017-2018, to 538,564.One in six children now suffer from a probable mental health disorder.16.7% of 11-16 year olds using social media agreed that the number of likes, comments and shares they received had an impact on their mood.

Chair of the Education Select Committee, Robert Halfon MP said:
“School closures for the majority of pupils was a national disaster for children in terms of their learning loss, their mental health, a rise in their safeguarding risks and damage to their life chances. The education catch-up programme and additional £5 billion of funding provision was of course, hugely welcome. However, there is a real question as to whether it is actually working.

“Our Committee heard that it is not reaching the most disadvantaged children, there are significant regional disparities and there is a real risk of failure through Randstad as the delivery partner. Moreover, it is not reaching the hundreds of thousands of “ghost children” who have not returned to school. Given the increase in children’s mental health problems, more work needs to be done to rocket-boost support.

“The Government must ensure Randstad shapes up, or boot them out. The catch-up programme must be shown to be reaching disadvantaged pupils and this data must be published. Schools must also be given the autonomy to spend catch-up funding on what they know will be of most benefit to their pupils and there needs to be a step-change and rocket boost of mental health support to schools, including through introducing a social media levy on the profits of social media giants to help fund resilience and online harms training.

“Catch-up must be for the long-term. If the Department are to make the case to the Treasury that this programme is making a difference, it has to be proven to work. Education has to be the corner-stone to levelling-up and the Department should take every opportunity available to ensure the ladder of opportunity is extended to every child, regardless of their background or circumstances.”

Student accommodation: what are your rights?