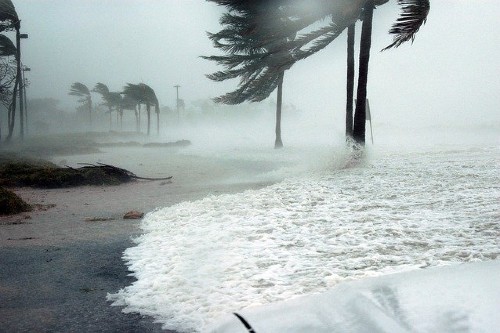 Global warming is dramatically increasing the risk of extreme hurricanes in the Caribbean, but meeting more ambitious climate change goals could up to halve the likelihood of such disasters in the region, according to new research.

The study, led by the University of Bristol, analysed future projections of hurricane rainfall in the Caribbean and found it to be particularly vulnerable to climate change, resulting in extreme hurricane rainfall events being as much as five times more likely in a warmer world.

“Hurricane research has previously focused on the United States, so we wanted to look at the Caribbean region, which has fewer resources to recover. The findings are alarming and illustrate the urgent need to tackle global warming to reduce the likelihood of extreme rainfall events and their catastrophic consequences, particularly for poorer countries which take many years to recover,” said lead author Emily Vosper, Research Student at the School of Computer Science, at the University of Bristol.

The researchers generated thousands of synthetic hurricanes under three climate scenarios: present day conditions compared to the Paris Agreement goals of 1.5 degrees Celsius and 2°C warming above pre-industrial levels. The main objective of the Paris Agreement, a global framework to tackle climate change, is to hold the global average temperature increase to well below 2°C above pre-industrial levels and endeavour to limit the temperature increase to 1.5°C.

Focusing their analysis on the Caribbean region, the study generated rainfall statistics by applying a physics-based model to the synthetic hurricanes. The model takes into account several factors including the land features and large-scale winds, and has been shown to give realistic results compared to observations of real-life hurricanes.

The study, published in Environmental Research Letters, found that extreme hurricane rainfall events affecting the Caribbean, those which typically happen once every 100 years under the current climate, occur more often under the Paris Agreement scenarios. But a 1.5°C warmer world would see significantly fewer intense Caribbean hurricanes, reducing occurrence by as much as half in the Eastern regions, compared to a 2°C warmer world.

Hurricane Maria brought as much as a quarter of normal annual rainfall to some regions of Puerto Rico when it made landfall in 2017 and storms of this magnitude are roughly once in a 100-year events. The results show that in a 2°C warmer world, an event of similar size to Maria would be more than twice (2.3 times) as likely, occurring once every 43 years. Similarly, a 100-year storm affecting the Bahamas would be 4.5 times as likely under the 2°C Paris Agreement scenario compared to the present day. Under the more ambitious goal of 1.5°C warming, such extreme hurricane rainfall events affecting the Dominican Republic would occur roughly once every 57 years, which is half as likely compared to the 2°C warming scenario where they would occur once every 30 years.

Emily said: “We expected extreme hurricanes to be more prevalent in the 2°C global warming scenario, but the scale of the projected increases was surprising and should serve as a stark warning to countries across the globe underscoring the importance of keeping climate change under control.”

The underestimated cooling effect on the planet from historic fires

The first archaeological artefacts are found during the search for lost prehistoric settlements in...