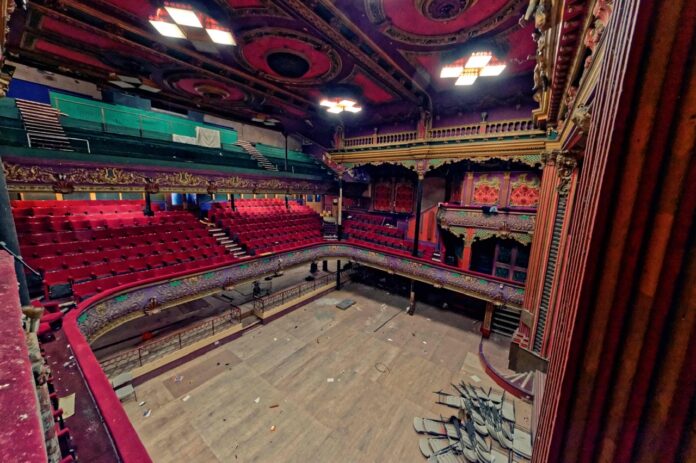 A crowdfunder scheme has been launched to save Hulme Hippodrome after organisers found it had been listed on an online auction house for £950,000. This was unexpected and announced just 2.5 weeks before the auction date.

The site had originally been listed with planning consent for residential redevelopment but the group behind the fundraiser found this not to be true and had ithere is still a risk that the building be bought by a developer when it goes for auction on February 10th and this jewel will be lost forever.

The group working with Manchester City Council to protect the building and are currently applying to have it listed as an Asset of Community Value, as well as cooperating with the Charities Commission on an investigation into the circumstances surround the sale.

Their vision would see the building fully renovated and host to a Production Academy, a Museum of Manchester Music and Arts – a modular museum designed for research and education, and a Bakery and employment academy for ex-homeless.

There would also be a Cafe, library and book store, Bike hub and workshop, Co-working space and a Community wellbeing centre

Built alongside the the Hulme Playhouse in 1901 by the Broadhead theatre empire it operated as their headquarters: the circuit comprising 17 other venues across the North West which are now mostly lost.

The Broadhead theatre chain made a huge contribution to working-class entertainment across the region and made theatre, arts and entertainment open to all.

Covered in gilded Rococco plasterwork the Hulme Hip is an iconic building of social, historical, and architectural significance and has been on the Theatres Trust ‘Theatres at Risk’ list since the list began in 2006.