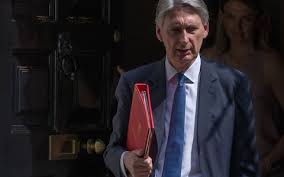 Just three of the 10 local authorities in Greater Manchester have begun allocating their share of the £300 million business rates hardship fund – launched more than six months ago.

There are three elements to the relief measures announced by the Chancellor at the Spring Budget, but only Stockport, Oldham and Rochdale are dishing out cash for all of them.

According to Government figures released last week, Trafford was among 16 English councils who have failed to rebill businesses for any of the relief streams – the only one in GM not delivering at least some of the relief.

The money was provided to local authorities to help lessen the impact of April’s revaluation of business rates, which saw many firms’ bills rocket.

Robert Downes, FSB Development Manager for the Federation of Small Businesses in GM, said: “This name and shame list is concerning. Many small firms were left fearing for their futures after April’s rates revaluation. Now we learn many have still received no support from local authorities despite being promised relief no less than six months ago.

“All councils should have every relief measure in place by now. If the cash is there to be paid out, there’s simply no excuse.

“Enough is enough. Any small firm running such an inefficient project would not survive. The Chancellor and Communities Secretary need to inject some urgency. FSB looks forward to all councils having all measures in place by the Autumn Budget.”