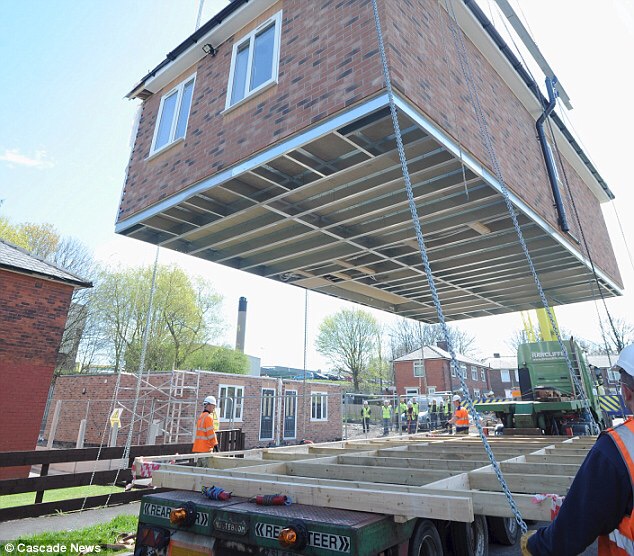 Factory-built homes could help solve the UK’s housing crisis, a Salford University construction expert Mohammed Arif has told the BBC.
Factory-built homes, also known as modular houses, have the capability to deliver homes fast, cheaper and have a final product which is more energy efficient, Arif, Professor of Sustainability and Process Management, said.

The Professor in the School of the Built Environment told the BBC’s North West Tonight programme as part of a feature on a Liverpool housing association’s move into flat-pack construction. Flat-pack houses can be built in half the time of a conventional house.

He said: “Given what we are facing in terms of the rising costs of housing which has kicked an entire segment of the population out of the domain of home ownership, modular houses have the capability to deliver homes fast, cheaper and have a final product which is more energy efficient.”

Britain’s first ‘instant’ homes was constructed in Blackburn back in 2014, The three-bedroom semis were factory-built in just three weeks and delivered to a road in the Whitebirk area of the town , on a flatbed truck in two sections – ground and upper floor.

Britain’s original flat pack prefabs, dubbed homes for heroes, sprang up in the wake of the Second World War as the government sought a quick solution to the housing shortfall after vast swathes of the country were devastated by Nazi bombs.
Read more: http://www.dailymail.co.uk/news/article-2606881/Doorsteps-delivered-doorstep-Ready-homes-factory-built-scratch-just-three-weeks.html#ixzz4SXnab4yc

Police are appealing for information after a robbery in a city centre bank.

Children who spend more than half an hour online twice as likely to...