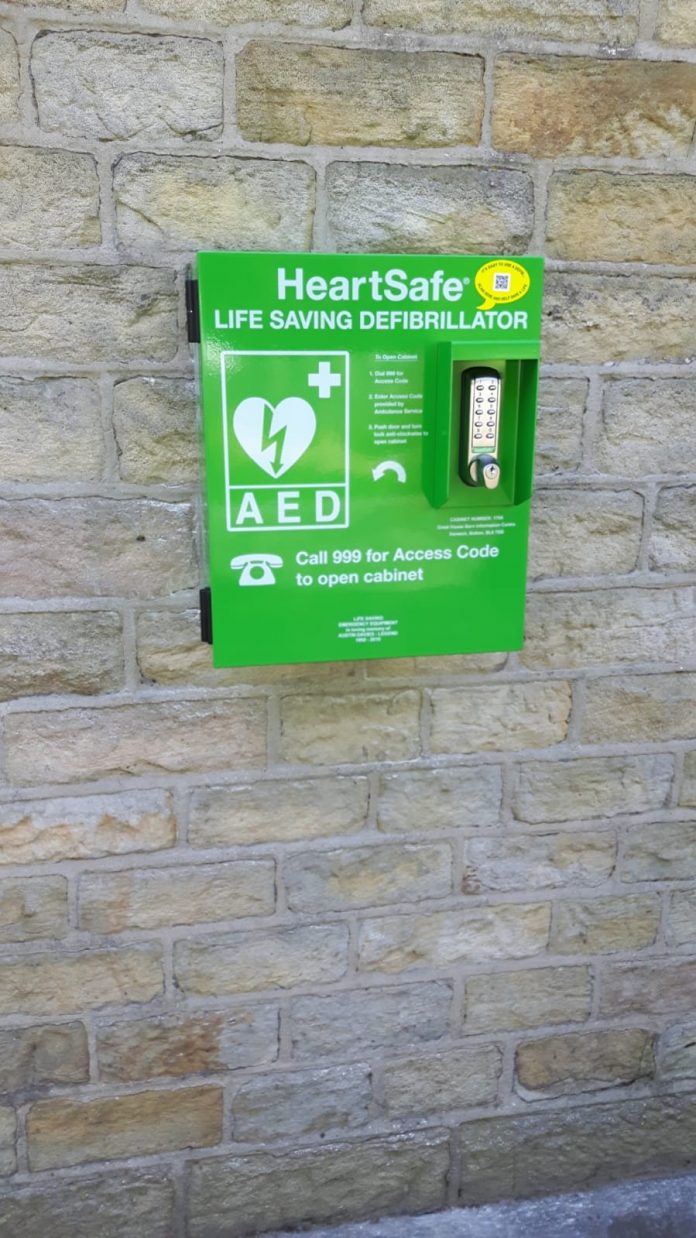 A COMMUNITY defibrillator has been installed at United Utilities Rivington Information Centre, in memory of a Bolton man who died suddenly from a suspected heart condition.

Austin Davies, 27, from Deane, died suddenly when he collapsed inside a gym on Portland Street in central Manchester in May last year.

Austin, a fit and healthy software developer, had been diagnosed just weeks earlier with ventricular tachycardia, a heart condition, after he began to suffer with feeling breathless.

Following his death friends, family and colleagues decided to raise money to fund a community defibrillator with the aim of potentially saving the life of anyone who suffered cardiac arrest while in the Rivington area.

The fundraising drive was led by Ben Sloan who worked in the IT team with Austin at Horwich-based electrical appliance firm Ao.com.

Ben said: “Austin was a great guy and his death was a massive shock to everyone.

“He was very popular and had lots of friends at work, he was part of the football and badminton team. He was a warm, generous and fun person to be around and his death has been a huge loss to us all.

“We wanted to raise money for something to remember him and that would potentially help others in the future. He always enjoyed family walks around Rivington and so we felt that was the perfect spot. United Utilities have been really helpful in making this a reality.”

The device has been installed on the side of the Great House Barn Information Centre.

It will be maintained by United Utilities, who own the land, and was provided after fundraising for the charity Arrhythmia Alliance.

Matt Upton, United Utilities Catchment Manager, said: “We were more than happy to help when Ben approached us with the request to install a defibrillator at our Rivington Information centre because these pieces of equipment really can save lives. We normally have around 2 million visitors a year to Rivington and it’s part of our purpose to support the communities where we work.

“Although the car parks, barn and café are closed at present, it will be the hub of the estate again when the lockdown restrictions are lifted. It’s lovely to support such a fitting tribute to Ben’s colleague, for whom all of this has been in aid of.  We have committed to adopting the defibrillator and we’ll take care of any maintenance needs in the future.”

The device is kept in a locked box and is logged with the emergency services. If anyone in the area suffers from suspected cardiac arrest a 999 operator can give out a code to unlock the box and instruct members of the public on how to operate it. It is available 24 hours per day, 7 days per week.

Ben added: “We raised £3,100 to buy the defib, and since then people have continued to donate money in Austin’s memory. We now only need to raise £400 to buy a second defibrillator which would be a fantastic tribute.”