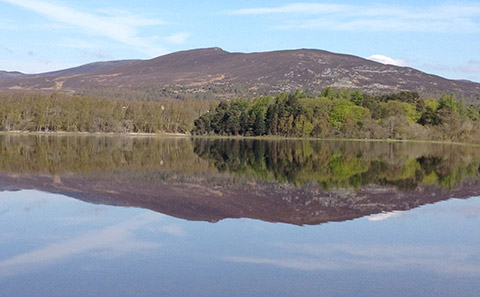 Research has revealed that an abrupt change in climate conditions in the North Atlantic around 800 years ago played a role in a decline in Atlantic salmon populations returning to rivers. Subsequent human exploitation of salmon combined to reduce their populations still further.

Findings point to large-scale changes in the marine habitat, brought on by a transition from a warm to a cold climate and what is now known as the Little Ice Age (approx. 1300–1850), corresponding with a decline in salmon in the River Spey, Scotland.

Lead author, Professor David Sear of Geography and Environmental Science at the University of Southampton said: “These results can help us understand some of the controls on salmon populations prior to and during major human exploitation.

“Our study shows that historically, beavers – common in Scotland hundreds of years ago – do not appear to have significantly impacted salmon numbers. This is very relevant today, as the animals are being reintroduced to UK rivers and a debate continues about their potential impact on migratory species like salmon.”

Co-author of the study, Professor Melanie Leng of the British Geological Survey, said: “This research benefited from state-of-the-art geochemistry which enabled us to fingerprint salmon abundance over hundreds of years. We show that climate has been an important influence of salmon numbers, which is very relevant today due to the speed of climate change.”

Atlantic Salmon lay their eggs in the gravels of headwater streams, where their young live for a year or two before migrating out to sea. Here, they feed and grow into adults, eventually returning to the river to spawn, where many die. The sperm, eggs and carcasses are rich in marine nutrients which can be detected in sediment hundreds of years later.

For this study, the scientists took core samples from Loch Insh on the River Spey– collecting and measuring Marine Derived Nutrients (MDNs). MDNs give an understanding of the historic population levels of salmon. The researchers used control lakes with no exposure to salmon to determine and compare background nutrient levels. The team also examined a 150-year record of net catch data from the lower Spey to help calibrate the MDN record, with fluctuations in numbers of returning salmon caught in the nets.

New Galaxy images reveal a fitful start to the Universe

Emperor Penguin population will decrease by more than 50% over the current century says...