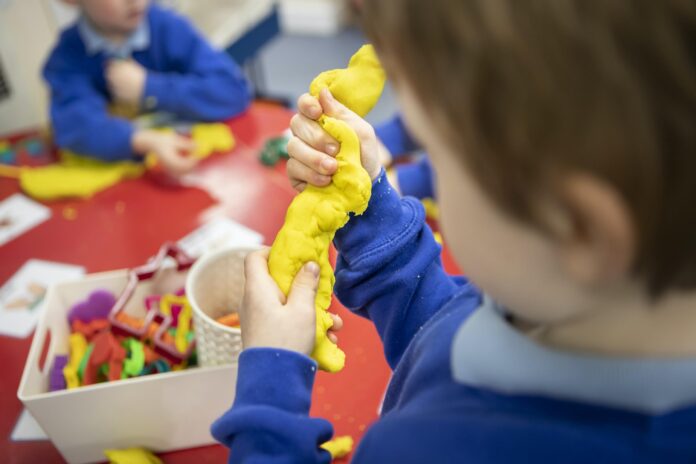 Ofsted’s second report into the impact of the pandemic finds that children who were hardest hit by school closures and restrictions have regressed in some basic skills and learning.

Some young children, who were previously potty-trained, have lapsed back into nappies, particularly those whose parents were unable to work flexibly while older children have lost stamina in their reading and writing.

Some older pupils have lost physical fitness, others show signs of mental distress, including an increase in eating disorders and self-harm

Meanwhile concerns remain about children who were out of sight during school closures, with falling referrals to social care teams raising fears that domestic neglect, exploitation or abuse is going undetected

A commentary from HM Chief Inspector, Amanda Spielman, published alongside the reports, says that children and learners have slipped back in their learning to varying degrees since the first national lockdown in March.

Some have coped well in the face of restrictions, while others have been particularly hard hit largely because of the interplay between their circumstances and the impact of the pandemic.

Inspectors found children’s experiences weren’t necessarily determined by privilege or deprivation. Rather, those who are coping well have good support structures around them and have benefited from quality time spent with families and carers. This includes children from all backgrounds, including those within the care system, some of whom who saw relationships with carers improve.

However, among children who were greatly impacted by school closures and other restrictions, basic skills and learning have regressed. For example, some young children whose parents were unable to work more flexibly, and who experienced less time with parents and other children, have lapsed back into nappies, while others have forgotten how to eat with a knife and fork, or lost their early progress in numbers and words.

Among older children, inspectors heard that many now lack stamina in reading and writing; some have lost physical fitness; and others are showing signs of mental distress, manifesting in an increase in eating disorders and self-harm.

Across all age groups, children with SEND have been seriously affected in both their care and education, as the services that families relied on – particularly speech and language services – were unavailable.

Inspectors found that senior leaders across the board are working more intensively than ever and showing remarkable resilience. However, leaders across education and social care expressed their concerns over budgets. Covering for staff absences and maintaining enhanced cleaning regimes are pushing up costs in schools and children’s homes. These concerns are compounded in early years and further education by worries over income streams.

Inspectors also continues to be worried about the children who were out of sight during the closure of schools. Referrals to social care teams have fallen and have not returned to more typical levels since schools have reopened. This raises concerns that domestic neglect, exploitation or abuse is going undetected.