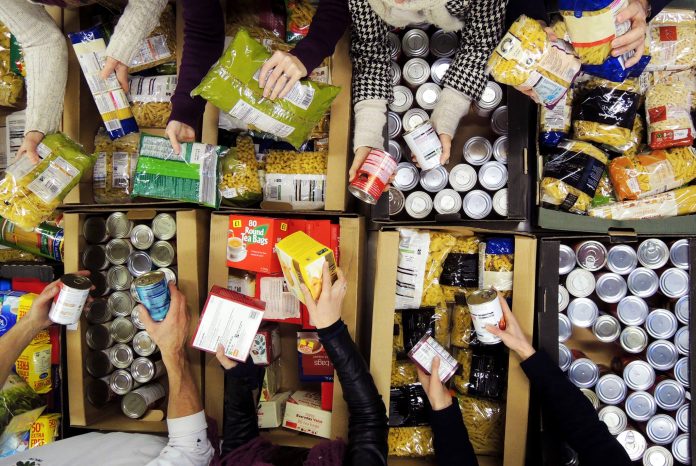 Last year the number of supplies given to adults decreased slightly in the summer months, whereas the level of support needed for children was markedly higher: during July and August 2017, The Trussell Trust’s network of over 420 foodbanks provided over 204,525 three day emergency supplies, 74,011 of which went to children. In comparison, during May and June 2017 70,510 supplies went to children.

During the summer months of 2017, more tonnes of food were distributed by foodbanks in The Trussell Trust’s network than were received as donations, and this – combined with a recent upturn in foodbank use – has prompted the charity to ask the public check with their local foodbank what donations are most needed in their local area this summer.

Whilst these donations are vital for meeting immediate need during the holidays, the charity warns foodbanks cannot be long-term solution and has called for better support to be in place all-year round to protect people from hunger.

Samantha Stapley, Director of Operations at The Trussell Trust, explains:

“Foodbanks cannot, and must not, be a long term to solution to hunger at any time of year. No one should face going hungry, and although our network will be doing all they can this summer to help families struggling to make the money they have stretch to cover the essentials, no charity can replace people having enough money for the basics.

“There are changes we can make as a nation to help during the holidays, but if we are to protect each other from hunger whatever the time of year, we have to go further than that. We know particular groups of people are most likely to need a foodbank, so let’s make sure no one is swept into destitution. Our benefits system can, and must, act as an anchor to protect people from being pulled into poverty.”

Manchester’s children are treating their way to a sugary timebomb