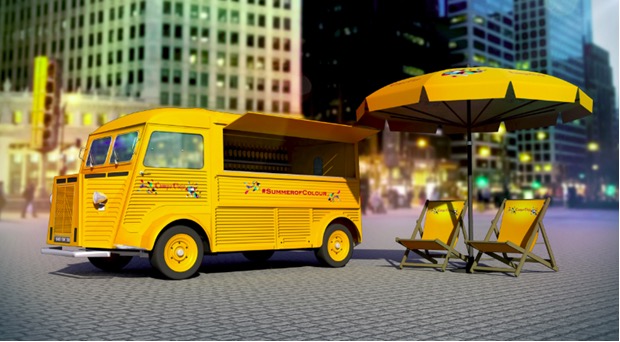 Campo Viejo, the UK’s favourite Spanish wine, is arriving in town in style on 20th May for two days only with its Campo Van – a pop-up wine experience.

The Campo Van will be at Spinningfields Manchester serving up glasses of its delicious range of wines to paying customers including the all-new Viura-Tempranillo Blanco 2015, Campo Viejo’s first ever white Rioja to land on UK shores.

The Campo Van is part of Campo Viejo’s Summer of Colour activity which is all about bringing people together across the country to create lasting, colourful moments and experiences, as that’s what life is all about. Not only is Campo Viejo popping up in your city, but it’s also going to create a floating wine bar later this summer in London.

As the world’s most sought-after Rioja, Campo Viejo has been creating colourful moments for people to share for nearly 60 years. The Campo Van fuses the colour and vibrancy of the UK’s favourite Spanish win with the experience and know-how of one of the world’s most renowned wine growing regions.

Head down to Spinningfields from 1pm-8pm with your friends, grab a table and chairs and a glass of Rioja, and add a bit of colour to your day.