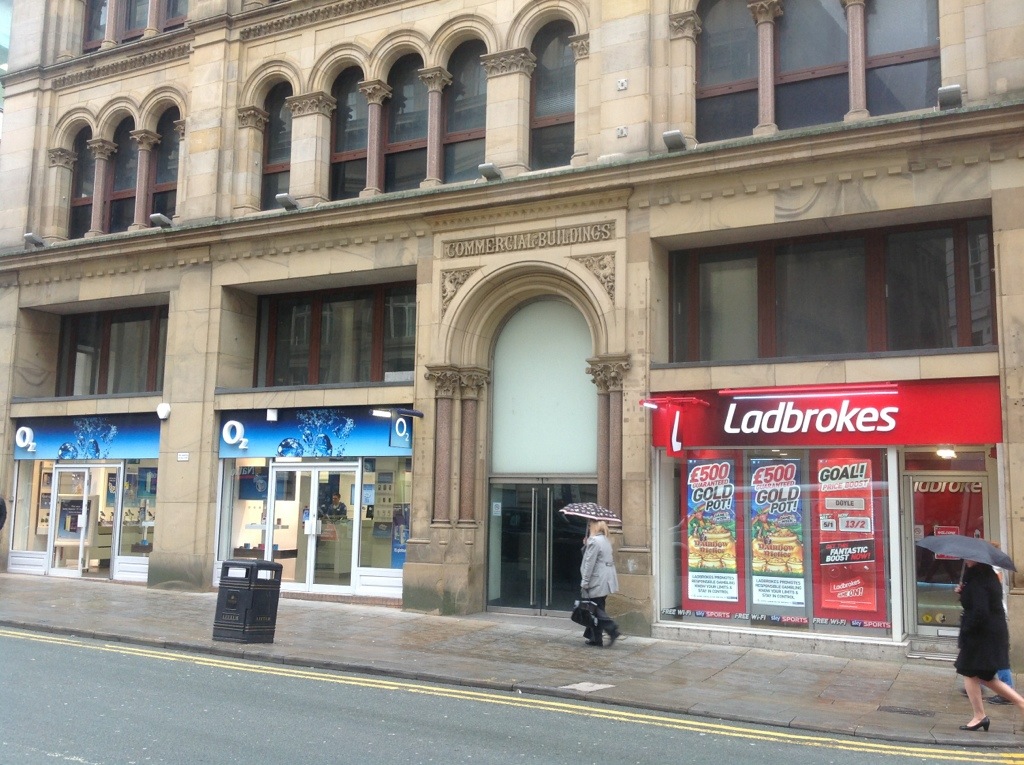 Cross Street is to be home to an new budget hotel according to reports in the local media.

On Monday The Business Desk reported that the budget German hotel operator Motel One is planning its second venue in central Manchester with an eight-storey property on the site of the Commercial Buildings, on Cross Street.The premises, next to Boots, is currently home to Pret a Manger,O2 and a betting shop and the application by the group, if passed will involve tearing down vacant office space at the back of the site, leaving the historic facade which dates back almost 150 years to front the new hotel.

Motel One are already building a 14 storey, 330-bed hotel on Whitworth Street on the plot once occupied by the Twisted Wheel nightclub.The site in Cross Street has always been considered prime office space, located close to St Ann’s Square and directly opposite the Royal Exchange Theatre.

It was built in 1868 in the Italian Gothic style, described in the 1920’s by Manchester architectural history Professor CH Reilly as being ‘ restful and unpretentious.’ Let us hope that as Manchester continues to turn to leisure, at least the building will stay that way