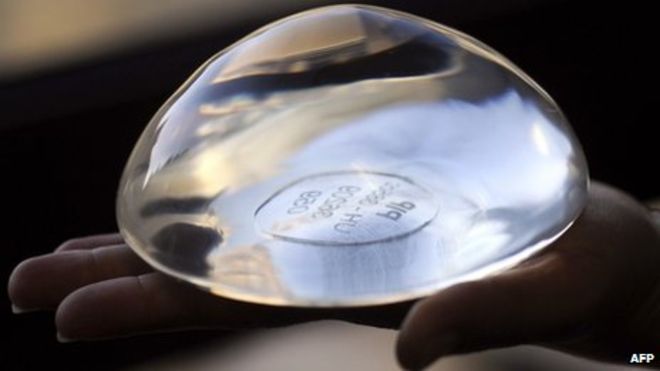 Channel 4’s Dispatches investigates the true impact of breast implants, whether some women’s implants are making them ill, and reveals that over 250 women are preparing to bring a class action over possible links to breast cancer.

For decades a small but vocal number of women have complained of breast implant illness, but the medical profession could find no evidence to link their symptoms to their implants.

Presenter Abbie Eastwood had breast implants put in when she was 25, “My hair fell out, I had memory fog, aches and pains, utter exhaustion. I had to stop work. I spent whole days in bed.” After her Doctors told her she had rheumatoid arthritis she found an American website, hosting 70,000 women with the same symptoms and realised it could be her implants.

But this year, the American regulator, The Food and Drug Administration (FDA) changed its stance and said, “while the FDA doesn’t have definitive evidence demonstrating breast implants cause these symptoms, the current evidence supports that some women experience systemic symptoms that may resolve when their breast implants are removed.” And that they are “taking steps to better characterise the condition and its risk factors.”

Azhar Aslam, a private surgeon working on Harley Street, discusses the results of the 3,000 explants he has performed. “Anecdotally almost everyone said they were feeling better. Almost everyone who I did then and even patients we are doing now, they say they feel better.”

An NHS spokesperson said: “While there isn’t currently any clinical evidence that these symptoms represent a new kind of illness, women experiencing them should seek advice from their GP at the earliest opportunity.”

In April this year, the French regulator banned a particular type of implant, made by six manufacturers, as a precautionary measure. The implants banned have a highly textured shell known as a macro textured shell.

Two of the brands, whose highly textured implants are banned in France, are popular in Britain: Nagor and Allergan. Nagor’s implants are still on sale in the UK, to private clinics and the NHS. But Britain’s most popular implant range, Allergan’s Biocell, has had its license suspended and the products have been recalled.

Nagor says it is “extremely surprised with the decision taken by the French regulator” and the decision “went against the recommendation of its own scientific committee.” Nagor told us there’ve been no reported cases of breast implant cancer linked to their implants in France.

The MHRA has known about the Breast Implant related cancer since 2011, but it has only recently come to public attention.

Abbie, “Would you say that breast implant related cancer is under-diagnosed in the UK?

MHRA, “Because it’s an evolving diagnosis, the WHO only classified it as a condition fairly recently, it’s reasonable to assess that it probably is underdiagnosed. We’ve consistently been communicating with the medical community, we’ve put out several medical alerts, we’ve been working with the professional bodies to increase awareness of this condition. Our focus is on the professionals to improve their knowledge and understanding of this evolving condition.

Scientists don’t know what’s causing the cancer. Current thinking is it could be toxins in the gel and shell, the abrasiveness of the shell, or bacterial contamination during surgery but research is ongoing to determine the implications of different surface textures.

Allergan responded, “The safety of Allergan’s implants is supported by extensive pre-clinical device testing, more than a decade of worldwide clinical use, as well as a large number of peer-reviewed and published studies. The benefit/ risk profile of textured implants is positive. As with all Allergan products, the company is committed to strict adherence to all regulatory requirements, to the most rigorous scientific evidence and to the highest industry standards.”