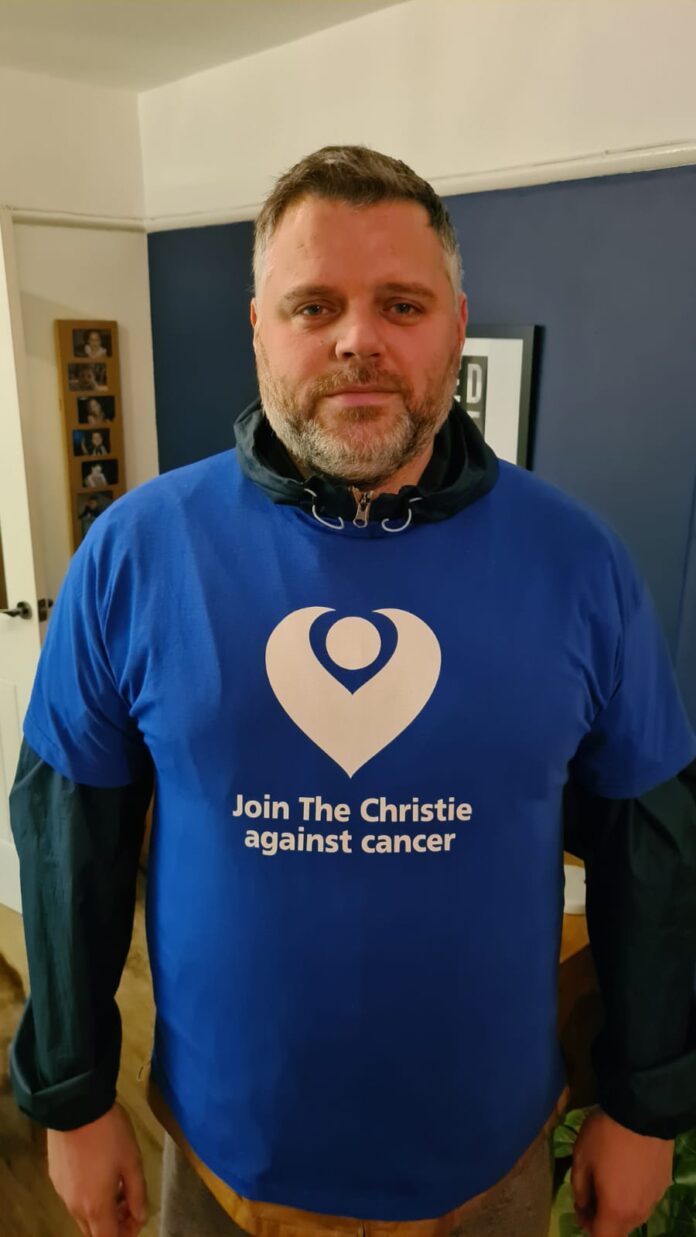 A Swinton man has put his best foot forward to raise funds for The Christie charity by walking at least 10 miles a day for an entire year.

Barry Cochrane, 41, began his incredible journey last year and clocked up an incredible 5,012 miles and over eight million steps across five different countries.

The amazing feat saw Barry rack up vital steps wherever he could, including getting in some crucial mileage on work trips in some of the world’s most famous airports.

Barry, who works for a Manchester based software firm, travels a lot for his job and he made sure he stuck to his task by getting all his steps in while waiting for flights in airports including Los Angeles, Dublin and San Francisco.

And whilst Barry committed to 3,650 miles, he actually covered an extra 1,362 miles between September 1 2019 and the same date this year.

Barry, who lives with his wife Emma and children, Jessica and Thomas, said: “I just wanted to raise awareness of the fantastic work the charity does and what an amazing place The Christie is. I got the idea after seeing somebody who had run at least 3 miles a day every day for a year, so I decided to set my own challenge.

“So I set about planning how I could fit 10 miles a day into a busy working week, how I could overcome the challenge whilst travelling with work and how I could squeeze in walks whilst away on holiday.

I was lucky to be able to walk in some fantastic places, like Spain, the Lake District and across the Golden Gate Bridge in San Francisco was also pretty special. But it was the final walk with Emma, Jessica and Thomas that was very special for me to complete the challenge.”

“I chose to support The Christie based on the stories I have heard from friends, family and colleagues of the treatment and care they offer cancer patients. I’ve not heard a bad word said about them and I hope my small personal challenge can go some way to helping people.”

Barry has subsequently raised more than £2,300 and hopes people will continue to donate to his Just Giving page.

Anna McIntosh from The Christie charity, said: “Barry has completed an amazing challenge to raise money to help our patients.

“He has walked the equivalent distance of Manchester to Beijing in China!

“It’s an incredible effort and he’s really put himself through it for us. We followed his progress closely and he has been a real inspiration. Fundraisers like Barry are vital to The Christie charity and we’re extremely proud of his efforts.”