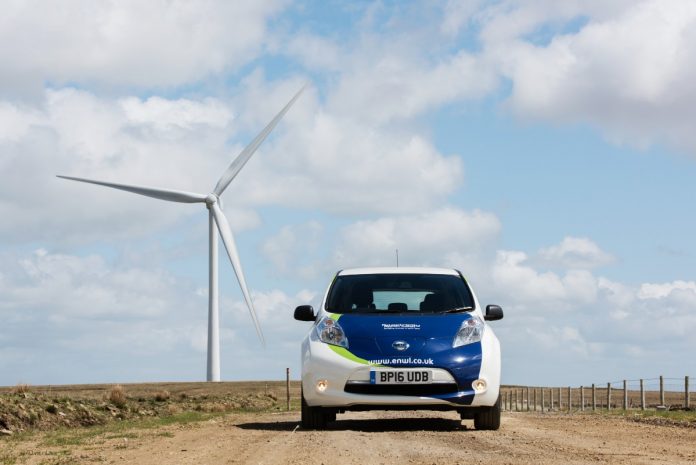 As the Government recently announced a £1.5bn ‘Road to Zero’ strategy, including £40m into researching Scalextric-style motorways for charging electric vehicles (EV), new research from Electricity North West, the region’s power network operator, reveals only two per cent of Mancunian drivers currently own an electric car, with almost half (46 per cent) stating that the cost of EVs is putting them off, despite lower running costs.

Commissioned by Electricity North West and carried out by Impact Utilities to explore current perceptions of electric vehicles, the survey of 1,413 consumers in the North West also highlighted that only eight per cent intend to buy or lease one as their next car.

Only half of those surveyed in Manchester expected to own an electric vehicle by 2050, despite there being an expected ban on sales of new conventional petrol and diesel cars by 2040.

Awareness and understanding of electric vehicles remain a major barrier to adoption, with only 27 per cent of Mancunians having heard of them and having good knowledge. Just over a fifth (22 per cent) said concerns around how far they can travel on a charge is stopping them purchasing, with most people underestimating how far they can go.

Across the country, 18-24 year olds are most likely to own an EV now, standing at eight per cent; despite the very low number, this is still more than the remaining age groups combined. A whopping 39 per cent of 55-64 year olds and 39 per cent of 65+ said nothing would encourage them to buy or lease an electric vehicle.

Paul Bircham, commercial strategy and support director at Electricity North West, commented: “It’s important for us as a local network to understand likely customer impacts on the power grid so that we can plan for the future. Our research suggests a large gulf in expectations of electric vehicle take up between government and industry compared to the reality among the consumers who are expected to buy them in Manchester.

“While many commentators and industry insiders expect petrol and diesel cars to become obsolete in the next couple of decades, almost half of Manchester car-buyers (44 per cent) still expect their next vehicle purchase to be petrol or diesel. There is clearly still a job to do to encourage more conversations around what is still considered a new and distant technology, and to dispel some of the misconceptions around EVs, such as overall cost of ownership.  In many cases EVs provide better value for money than traditional petrol and diesel vehicles with most mass market EVs travelling a range of 100-150 miles on a single charge.”

When thinking broadly about decarbonisation, 77 per cent of Manchester residents admitted to having no renewable or energy saving technologies at home. And despite the UK’s big decarbonisation targets, of achieving an 80 per cent reduction by 2050, a third of those polled in Manchester said they would not have, or did not know if they would have, renewable technologies* by 2050.

“It’s clear that the Manchester public still needs to be convinced by the idea of an electric vehicle, so if we are to stimulate the market into action, then we need to do just that – educate, raise awareness and inform,” continued Paul.

“Understanding customers’ views and intentions in turn helps us to plan where and how to invest in the local power network to most efficiently and effectively to support take up.”

Manchester was found to have one of the highest levels of interest in electric vehicles, with a quarter of residents saying they expect to buy or lease an EV or hybrid next.

Greater Manchester Green City Lead and Leader of Stockport Council Alex Ganotis comments: “The investment in the infrastructure for EVs is a real priority for Transport for Greater Manchester and the wider Greater Manchester Combined Authority.  To incentivise drivers to invest in EVs, we announced at our Green Summit earlier this year that we are doubling the charging points across the city in order to support the demand for EVs.”

In April, Electricity North West launched its vision for how it will help transform how energy is delivered across the North West, including how it would support an Electric Vehicles infrastructure. Replacing the traditional Distribution Network Operator (DNO) model, the report, ‘Powering the North West’s Future’, outlines the key roles and responsibilities of a smarter, more flexible Distribution ‘System’ Operator (DSO) and the challenges the industry faces in this transformation.

To help consumers understand more about EVs and other energy saving tips and guides, Electricity North West has  created the Big Energy Conversation, which is an online hub aimed at getting the public actively engaged and switched on to the reality of energy consumption.

Next phase of Manchester’s transformative tree planting drive gets underway with avenue of oaks...