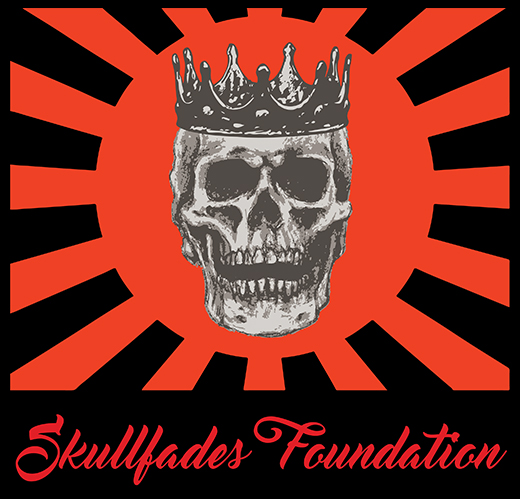 Manchester-based barber shop Skullfades is to take on a London-to-Manchester charity walk challenge – with a very special guest completing the last leg.

Designed to raise awareness and money for their charity, the, Skullfades Foundation, and taking place on the 24th September, Manchester Mayor Andy Burnham has agreed to join the team in the final stretch, entering Greater Manchester and walking to Skullfades Barber Shop in Sale.

Raising awareness of homelessness in the city and money for the homeless community, is a topic Andy Burnham and Ged King, founder of Skullfades, are both hugely passionate about. The walk will also see two Army Veterans, Jody Bell and Dan Smith, taking part in the walk alongside Jake Whalley and Danny Thomas, consistent supporters of the Skullfades foundation.

The event follows a hugely successful first walk in September 2017, where members of the team at Skullfades walked the 201 miles from London to Manchester in only seven days, and were completely self-sufficient, carrying everything they needed for the charitable adventure.

Ged King, Founder of Skullfades and Skullfades Foundation, said of the walk this September: “We are committed to making a positive difference to the homelessness community. This walk physically represents that the problem is nationwide and by walking from the centre of London we are literally ‘bringing it home’ and ending it in our city.

“The walk is a very tough and difficult challenge – even for ex army! But it’s worth it. We are very grateful to all of our fantastic volunteers and hope that our efforts will unite people up and down the country, encouraging those that can, to raise money for this great cause.”

Skullfades is a popular, locally renowned barbershop founded by Ged King in 2014 and based in Sale, Greater Manchester. As well as being known for their on-trend barber services, the company is very well-known for their campaigning and charity initiatives for the ‘Skullfades Foundation’.

The Skullfades Foundation was created in order to help disadvantaged people in the homeless and ex-service personnel community, providing haircuts initially and training them in barbering skills to increase their chances of employability. The charity has since grown, providing food, clothing and sleeping bags at their annual events, and connecting the homeless with an increasing list of additional services such as on-site counselling, doctors

Throughout 2016 and 2017, the team at Skullfades have had huge success in raising the awareness of the homeless situation both locally in Manchester, across the UK and internationally. More recently, Ged and the team pitched up in Calais, France at a refugee camp, providing haircuts to around 150 Syrian refugees.

For more information on the Skullfades Foundation, or to donate, visit: http://www.skullfades.co.uk/skullfades-foundation.html

Battle to save fish in Leeds & Liverpool Canal after pollution incident