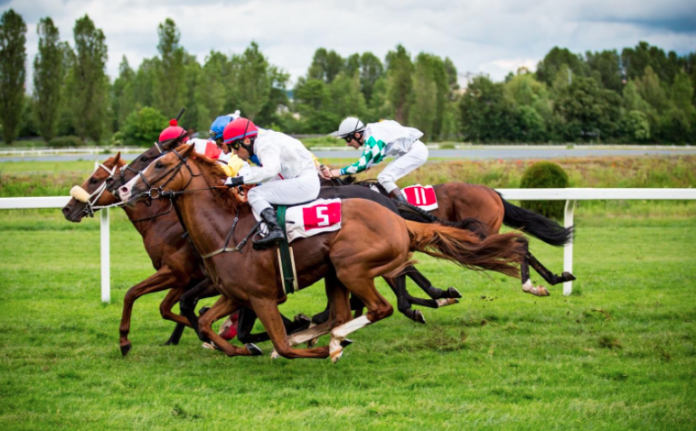 The Cheltenham Festival has become the peak of British national hunt racing, possibly even eclipsing the Grand National as the jump racing season’s single most important event.

The March Festival runs for four days, during which time it stages no less than 28 different races, 14 of which are Grade 1 races, which is the highest level within national hunt racing.

Established back in 1927, the Champion Hurdle race takes place over two miles and is national hunt racing’s most prestigious hurdle race. It has many famous winners, including the likes of Hatton’s Grace, Istabraq and Persian War, each of which has won on no less than three separate occasions.

In 2020, Nicky Henderson was able to score his eighth victory in the race thanks to the mare Epatante – that win coming no less than 35 years after his very first win back in 1985.

The Champion Chase, over a distance of just under two miles, has gained higher prestige over the years and is now seen as minimum distance chasing’s premier event.

One of the most exciting and unexpected events in the history of the Queen Mother Champion Chase was the decidedly left-field victory of Viking Flagship back in 1994. This horse looked like a loser on the flat after 18 races and not one win, but trainer David Nicholson pulled off one of the all-time great training feats with Viking Flagship.

Viking Flagship came out of nowhere to win the day in 1994, beating the previous year’s winner Deep Sensation and went on to win the Champion Chase again the following year.

In 2008, a horse called Master Minded put on a display so impressive that it is still talked about to this day. The very talented Voy Por Ustedes, which had won the Champion Chase just the year before, found itself outclassed to an astonishing degree, with Master Minded beating it to the finish line by a truly extraordinary 19 lengths.

Master Minded is also still the only five-year-old horse to have ever won the race, and remains one of the all-time most fluent jumpers.

This long-distance hurdle event, which runs for just less than three miles, is the number one hurdles event for horses that are superior competitors when allowed to perform over longer distances, known as “stayers”.

Big Buck is the most successful horse to ever run in this event, having scored no less than four consecutive wins from 2009 through to 2012.

The Ryanair Chase is a relatively new race at the Cheltenham Festival, having only been added to the roster 16 years ago in 2005. The Ryanair Chase is run for around two miles and can be entered by horses aged five or over. They have to jump no less than 17 fences during the event.

The biggest priced winner of this race was Albertas Run, which dispelled its 14-1 starting price to claim victory 11 years ago back in 2010. Sent off at still just 6-1 for the renewal in the following season he nonetheless repeated the performance and became the very first horse to score a second victory at the Ryanair Chase.

This race is usually the first event of the Cheltenham Festival and is run over around two miles for horses aged four and over. As the name suggests, the race is aimed at novice hurdlers.

The SkyBet Supreme Novices’ Hurdle has not been great in terms of favourites over the course of the last few years, with only two winners in the last 14 races. At 50-1, the longest-priced winner was Arctic Kinsman back in 1994, with the shortest-priced winners being Flying Bolt back in 1964 and Tsaoko, even further back in 1960, both at odds of just 4-9.

Only one 40-1 shot has ever paid off, that being Ebaziyan more recently in 2007. Those wanting betting advice to find the longest and shortest odds – and all those in-between – will find Cheltenham tips from GG.co.uk.

The Arkie Challenge Trophy is run over two miles on the Old Course for horses aged five and over. It takes place on the opening day of the Cheltenham Festival following the SkyBet Supreme Novices’ Hurdle. There are 13 fences for the horses to jump, and for novices, it is the leading minimum distance chase in the entire National Hunt calendar.

One of the notable factors about the Arkie Challenge Trophy is that several of its winners have gone on to achieve similar triumph in the Queen Mother Championship Chase. The most recent example of this being Altior, who won the latter event in 2018.

Last year Put the Kettle On made history by becoming the first mare in 40 years to be race champion since Anaglogs Daughter back in 1980.

The David Nicholson Mares’ Hurdle, currently referred to as the Close Brothers Mares’ Hurdle for the purposes of sponsorship, is a race open to horses aged four and over and takes place over two miles on the Old Course.

This Grade 1 event has been previously dominated by some Willie Mullins’ favourites and is a relatively recent race at Cheltenham Festival, being introduced in 2008, where it was initially only the holder of a Grade 2 level title.

The Cheltenham Festival offers four amazing days of world-class racing and has been part of the racing culture of the United Kingdom since its inception over 200 years ago. It now stages some of the nation’s best and thrilling race jumping.

Wells: Change For The Better?