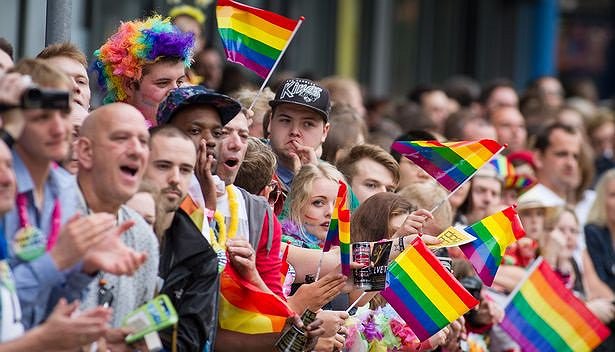 Manchester Pride has today confirmed its annual August bank holiday festival will go ahead in 2019 but will look and feel radically different to previous years.

The four day event, known as The Big Weekend, has been around for more than 25 years. Over this time it has been known by various names including Pride, Mardi Gras and The Big Weekend and it has traditionally taken place only in Manchester’s historical gay village around Canal Street.

However, significant property development in the area, including a substantial risk of development on the Sackville Street car park which currently houses the Thomas Cook Airlines Main Stage, says the organiser’s means there won’t be the space next year to deliver the celebration in the same way it has always been.

Manchester Pride’s chief executive, Mark Fletcher, explained: “A number of reasons have led to our making this decision for 2019, in order to avoid disappointing our audience in the future.

“There has been speculation about the developments in the Portland Street and gay village area for some time. A number of developments are now underway in spaces that were previously used for event infrastructure.

“It’s becoming increasingly difficult to plan and deliver The Big Weekend in a space that is decreasing in size. Next year there will be more developments taking shape that will further reduce the space available for us to deliver a safe event to the current scale.

“In addition to this, and equally impactful, is that the terms for the use of the privately owned spaces that house our Main Arena and Dance Arena have changed. Essentially this means that we cannot be certain that we’ll be able to use these areas up until three months before the event is scheduled to take place. We simply cannot take the risk of disappointing the tens of thousands of people who come along to experience the first class entertainment provided in these spaces.”

Mark and his team have reviewed many options for the future of the event and one thing is clear – Manchester’s gay village will play an important role in the August bank holiday festival going forward.

“It’s true that Pride will never look the same again – it can’t as there simply won’t be the space”, said Mark. “But this doesn’t mean we will be turning our back on the neighbourhood which LGBT+ people have fought so hard to create as a safe space. There will always be a role for Manchester’s unique gay village in the celebration.

“We’re very excited to begin a new chapter and continue to deliver a world class celebration of LGBT+ life, one that’s worthy of international acclaim and retains Manchester’s position as a leading city in the advancement of LGBT+ equality. The shape of the festival is changing and we can’t wait to share our big news in the Autumn.”

The Big Weekend is one of four parts of the festival, which is an award-winning four day event celebrating LGBT+ life. It also includes The Manchester Pride Parade which takes places across the city on Saturday afternoon, the alcohol free space that is The Superbia Weekend which is hosted in the old Cornerhouse building and the culmination of the festival The Candlelit Vigil which is hosted in Sackville Gardens.

The event, which began as a bring and buy sale on Canal Street, has grown massively, raising hundreds of thousands of pounds for LGBT+ causes, especially in the last three years. It has played host to international stars including Dannii Minogue, Will Young and Clean Bandit and 2018 will see Rita Ora performing on the famous car park stage – the last time it will be used to hold such a performance.

Mark continues; “As we take on the challenge of reincarnating the festival we will provide an opportunity for Manchester’s LGBT+ people to tell us what they want from their festival in 2019. We constantly review and listen to all of the feedback that we receive from our surveys and stakeholder consultations. We hold our listening group events each year and I’m sure that this topic will be at the top of the agenda at the next one due to take place in October.”

“We’ll be sitting down with the team at Manchester Pride to see how Manchester City Council can help in the planning for the future of the festival. We are very proud of what Pride brings to the City and we intend to offer maximum support.”

However The Liberal Democrat opposition have slammed the Labour group for being in “complete confusion” over the plans, which are vague and lack any clarity on plans to rehome the festival.

John Leech, who led the successful campaign to pardon Alan Turing, said: “Manchester provided a home and a sanctuary for the oppressed to express their love, and begin their long fight for equal rights. Removing this international celebration from its home will rip the heart out of Manchester.

“There has also been no consideration for local businesses and the impact that removing the main Pride stage from Canal Street will have on independent traders.

“Labour have not properly consulted local people at any stage of this process, they have disregarded the views of those that have raised concerns and are themselves in complete confusion, unable to guarantee any firm home for the festival next year just weeks before this year’s is due to begin.

“They must halt these greedy plans until they come up with something concrete they can propose to the community.”

In a quiet corner of a North West nature reserve carnivores are devouring their...