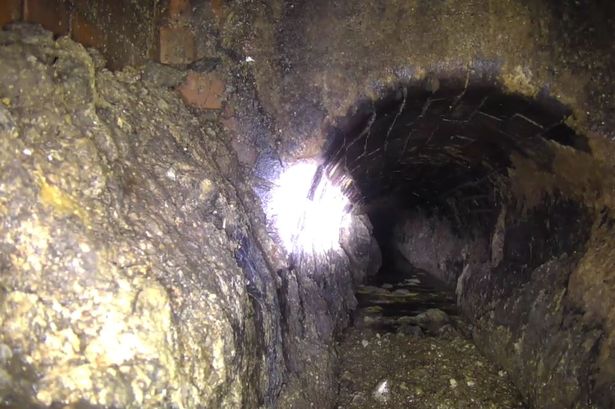 A giant fatberg weighing around the same as three elephants is lurking beneath Manchester’s city streets.

The berg has built up under Manchester’s Bury New Road and runs all the way from HMP Manchester, locally known as Strangeways, down to the junction of Hornby Street. That’s nearly as long as Nelson’s Column in Trafalgar Square is high.

The dirty job of jetting away the bulging build-up of fats, oil and grease, and other unflushables, started this week.  United Utilities’ specialist jetting teams will be blasting the blockage to break it loose then removing some of it by hand. The true magnitude of this fat monster will be shown in all its glory in a fly-on-the-wall documentary currently being filmed about the North West’s water and wastewater company and due for release later next year.

Andrew Peet, who is currently running a fat-busting project in Manchester for United Utilities, explained: “It’s a difficult, dirty and dangerous job and our teams will be working through the night to clear this giant fatberg. The sheer size of this great lump of lard means its removal is likely to take some time and will probably carry on into the new year,” he added.

Fatbergs are formed when fats, oil and grease (FOG) are poured down sinks and drains and combine with other items that shouldn’t be flushed down the toilet, such as wet wipes, nappies, cotton buds, contact lenses and dental floss. United Utilities’ fat buster team will soon be visiting food establishments in the area to make sure they are not putting fats, grease and oil down their sinks and that fat traps are installed and working.

Andrew added: “Every year there are 25,000 blockages in sewers across the North West which can cause untreated sewage to run into homes, gardens, streets and even end up in rivers, the sea and on beaches but that could have been avoided if FOG was disposed of correctly. After you’ve cooked your turkey and roast potatoes this Christmas please think before you pour the grease down your drain. Let it cool then put it in the bin and help reduce blocked drains and sewer flooding.”

The Consumer Council for Water (CCWater) says that about a fifth of us still confess to putting fat, oil and grease from cooking down the sink and people aged 18 to 34 are the most likely to use the plughole to tip away their waste. It says that water companies spend about £100 million of customers’ cash every year clearing clogged up sewers.