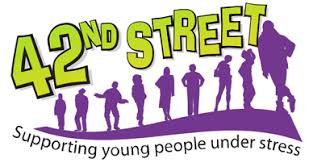 A new £100,000 investment is supporting Manchester-based mental health charity 42nd Street to equip local community groups with the skills and confidence to support young people who have experienced trauma.

The funding has been awarded by the Co-op Foundation, and the Big Lottery Fund using National Lottery funding.

Following the Manchester Arena attack on 22 May, 42nd Street and other local charities have seen more young people turn to small community groups for support.

Through this project, 42nd Street will offer therapeutic support to young people, whilst working with partners to give grassroots organisations the skills needed to support young people in their own communities.

They will work closely with the NHS-run Manchester Resilience Hub to ensure those affected by the Arena bombing receive appropriate mental health support.

“42nd Street and other charities have been very involved in supporting communities after the MEN Arena attack. What has become clear is that the ripples are far reaching and go beyond those who were directly involved; but it is often difficult for young people to know where to go for help. This project is all about building on community strengths and enabling them to support their young people.”

20 year old Iqra from Rochdale is a board member and soon to be trustee of the Youth Focus North West, a youth project that works alongside 42nd Street.

“Young people need support that is closer to home, from groups they know and trust and who are available when they need them. I hope the project will help communities to be more open and understanding.”