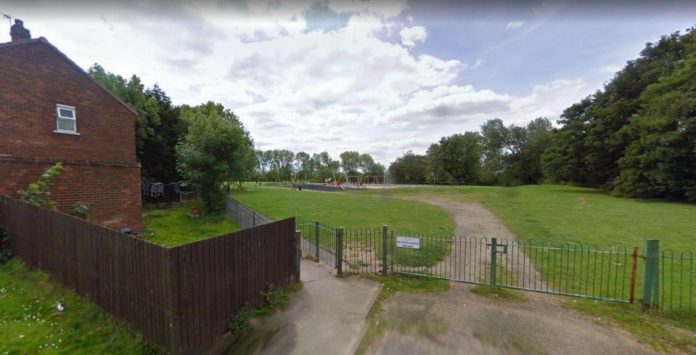 A 13-year-old girl was grabbed and assaulted in a park in Leigh earlier this morning.

The girl was walking through Westleigh Park in Leigh around 9.00am when she was grabbed by a man who approached her from behind.

The girl fought back and managed to get away from the man and run home, and alert police.

The man is described as tall, white, of medium build and around 30 years-old, with short dark hair and a scruffy beard. He is also described as having muscly arms and a big nose.

He spoke with a foreign accent, possibly Eastern European and was wearing a green jacket, a top with “King” written on it and black Adidas tracksuit bottoms with stripes down the side.

Detective Chief Inspector Clare Devlin from GMP’s Wigan Borough said: Thankfully this brave young girl was able to fight off the man and run away to safety. She has obviously been left frightened by this experience and my thoughts are with her and her family.

“We have launched an investigation and are very keen to speak to anyone who may have witnessed the incident or may have seen a man matching this description acting suspiciously in the area.

“Incidents like this are thankfully incredibly rare, the local community are bound to be very concerned however, so I would like to reassure them that we are doing all that we can to identify this man.

“We have increased patrols in the area and anyone with any questions or concerns is encouraged to come and speak to our officers.”