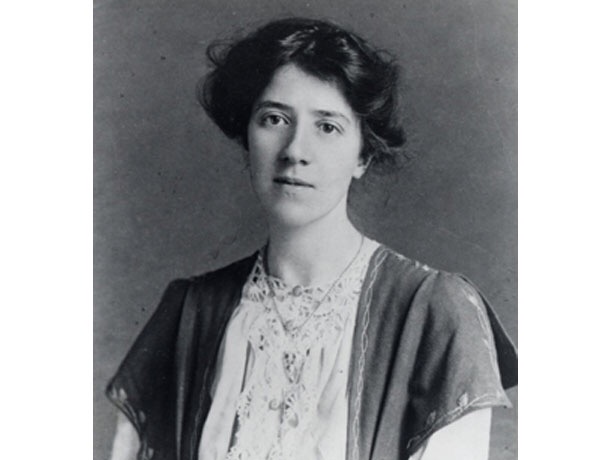 Marie Stopes was a sexual-health maverick, internationally renowned botanist with an exemplary academic career as well as a pioneer for all female scientists and academics of the twentieth century. Yet ‘who was the real Marie Stopes?’

On Wednesday 22nd June, The University of Manchester is holding the first ever international symposium dedicated to one of the UK’s most renowned yet controversial women’s rights pioneers.

And what better way to get to know the real Marie Stopes’ than a personal account from one of the last surviving people to personally know Marie, her daughter-in-law, Dr Mary Stopes-Roe. Dr Stopes-Roe will discuss her own relationship with her famed mother-in-law and what it was like to know Marie on a personal level.

Marie Stopes’ expert, Dr Clare Debenham, from The University of Manchester, said: ‘Throughout her life Marie courted controversy and it is sometimes difficult to disentangle fact from the fiction. But we cannot deny that a lot of hullabaloo surrounding her was, indeed, created by her own actions. However, she is definitely misunderstood and there are plenty of misconceptions about the real Marie Stopes and her work.’

Known throughout the world for her ground-breaking birth control and family planning, Marie Stopes, was also highly regarded scientist, botanist and palaeontologist. She led expeditions to Japan to investigate the evolutionary origin of flower and was the first woman to join the scientific staff at The University of Manchester in 1904. But it was her pioneering work as a ‘sexual revolutionary’ that made her a household name.

In the past decade there has been a raft of new and original research into her life and work. This event brings together some of the world’s foremost experts from a variety of different disciplines to discuss investigate ‘the real Marie Stopes’. The Key note speakers are Dr Stephanie Green, Griffith University, Australia and Dr Lesley Hall, Emeritus Wellcome Library Research Fellow.

Speakers from The University of Manchester are Dr David Gelsthorpe, who will discuss Marie’s life as a palaeontologist and Dr Clare Debenham who will explore Marie’s life as birth control pioneer.

Dr Debenham added: ‘Marie is rightfully regarded as a sexual revolutionary that helped paved the way for modern family planning. She pioneered the formation of birth control clinics in working class areas which was regarded by militant suffragettes, such as Lady Constance Lytton, as a continuation of their struggle. But will we ever know the real Marie Stopes? This symposium will go some way to in finding out?

Only North West and South East are on course to hit Government’s 2030 smoke-free...