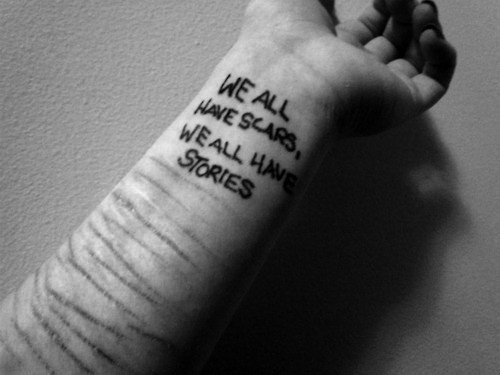 University of Manchester researchers have found that reports of self-harm in girls aged between 13 and 16 rose by 68% between 2011 and 2014. Overall, girls had much higher rates than boys.

The study, published in the British Medical Journal today and carried out in over 600 general practices, also found that young people living in the most socially deprived areas with often the most complex needs, were the least likely to be referred to specialist services.

The study was funded by The National Institute for Health Research.

Self-harm – intentional self-poisoning or self-injury – in children and adolescents is a major public health issue in countries across the world. Experts acknowledge self-harm as the biggest risk factor for subsequent suicide. Suicide is now the second most common cause of death in the under 25s worldwide.

Unlike most previous studies, Dr Cathy Morgan and a team from The University of Manchester, examined self-harm recorded in general practice rather than in hospital.

To assess mortality, they compared data from 8,638 of the patients with 170,274 unaffected children, matched by age, gender and general practice.

Referrals to specialist mental health services within 12 months of self-harming were 23% less likely for young patients registered in practices in the most deprived areas, even though the rates of self-harm were higher in these areas.

Children and teenagers who self-harmed were nine times more likely to die unnaturally than unaffected young people with an especially marked increased risk of suicide and acute alcohol/drug poisoning death.

Professor Nav Kapur is Professor of Psychiatry and Population Health at The University of Manchester. He chaired the National Institute of Health and Care Excellence (NICE) Guidelines on Self-harm and is one of the authors of the study.

He said: “Though the higher rates of self-harm in girls than boys and a strong link with the risk of later suicide has confirmed previous work, perhaps our most striking finding was the apparent rapid increase in self-harm recorded for girls aged 13-16.

“Of course we need to bear in mind the weaknesses of our study – we used routine general practice data and some episodes of self-harm might have been missed. And the level of detail for things like method of self-harm was limited.

“But these results do emphasise the opportunity for earlier intervention in primary care to reduce suicide risk. We know talking treatments can help. There is also a need for more integrated care involving families, schools and health and social care providers and the voluntary sector to enhance safety among these distressed young people and to help secure their future mental health and wellbeing.”

He added: “We can’t really explain this possible rapid increase in self-harm among girls. It could reflect better awareness or recording of self-harm in primary care.

“But it could also be a result of increasing stress and higher levels of psychological problems in young people. There is some evidence indicating that common mental health disorders are becoming more common within this age group The internet and social media can be really helpful in preventing self-harm but could have negative effects too and this is a focus of significant research and activity.

“We know that for many young people things get better and they no longer hurt themselves as adults. But of course we must take self-harm seriously; it’s important to understand its underlying causes.”

The work was funded by: The National Institute for Health Research through the Greater Manchester Primary Care patient Safety Translational Research Centre

Manchester based Oddfellows Society produce a guide to friendship