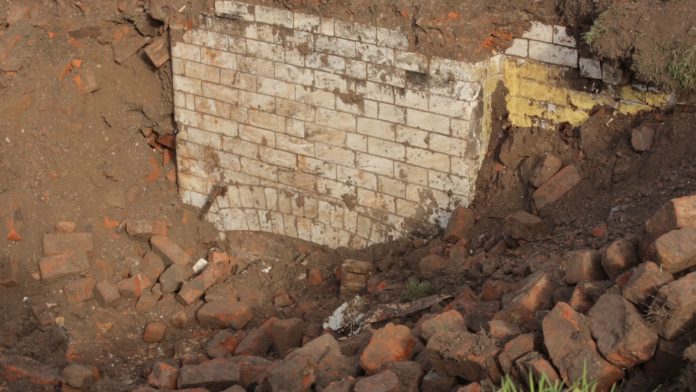 MANCHESTER’s Moss Side district has had its’ share of social turmoil but a University project to recognise its historic multicultural music scene has been shortlisted for a National Lottery Award.

Centred on the defunct Reno nightclub, the community-based project involved archaeologists, artists, social historians and the public to highlight the story of 1970s club which fostered a musical community as rich and socially significant as that around the legendary Haçienda.

“It was our Mecca,” says Linda Brogan, an artist and Reno regular whose memories inspired the community-based dig and subsequent exhibition.

Closed in 1986, the Reno was demolished and apparently forgotten – all but a footnote in the triumphant and noisy history of Manchester’s rampant nightlife.

But working with researchers and students from the University of Salford’s Centre for Applied Archaeology, Linda worked out from aerial photographs that the Reno had just been filled in and not destroyed.

Arts Council England, supported by the National Lottery, invested £65,000 to boost local fundraising for the dig in 2017 which attracted regional and national media attention.

The extracted artefacts were supplemented by photographs and first-hand accounts of club-goers curated into a 12-month exhibition at the Whitworth Museum up the road. 45,000 people interacted with memoirs online, 80,000 with excavation progress videos, 1,500 attended the exhibition and 800 came to all night party

Linda says: “Excavating the Reno has raised community pride in Moss Side. It’s not just the numbers, but the personal impacts. When people joined others at the dig, sometimes after 40 years, they hugged and spoke like it was yesterday.

“In its day, the Reno made friends of people who would not normally be in each other’s sphere of contact and it did so again 40 years later when people like posh Margaret and Alcina met down there as archaeology volunteers,” she stressed.

“It’s all about linking the community and building respect and self-respect. So now someone is commissioning a book about us, we’re involved in Manchester History Festival and now this Lottery Award nomination – It is like we are finally being awarded our place in history. That makes us feel good about ourselves as a community.”

The Reno nightclub dig has been filled in again now and the site is likely to be developed for residential and commercial use by Manchester City Council. A fight for a plaque to commemorate the club has also begun.

Dr Mike Nevell, head of archaeology at the University of Salford, said: “The archaeology of the recent past is easily overlooked. We tend to assume that we know everything there is to know about the physical remains of our own lifetime. Yet photographs, letters, clothes, and increasingly computer data are easily lost and forgotten.

“Engaging with the memories and artefacts of The Reno reminds us that Manchester’s culture is ever changing and that its very important to capture as many different experiences of living in our city as possible. That’s one of the things that makes Manchester such a great place to live’.