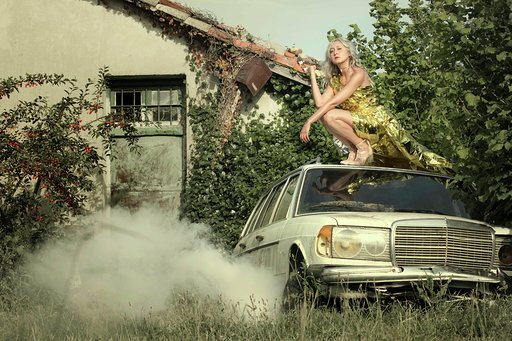 The season includes the acclaimed production of Wise Children directed by Emma Rice, whose work includes including Kneehigh’s Brief Encounter and Tristan & Yseult.

Choreographer Hofesh Shechter’s Grand Finale is back following a sell-out run at HOME earlier this year; Headlong are back with their new production of Shakespeare’s Richard III; and theatre innovators 1927 present their smash-hit The Animals and Children Took to the Streets.

2019 marks the beginning of a new phase for HOME, where there will be a renewed commitment to not just producing new work, but also growing our collaborations with exciting artists.

This season HOME supports World Premieres by Scottee, Javaad Alipoor and Liz Richardson. Javaad’s production Rich Kids of Tehran will be his first new commission since his landmark The Believers Are But Brothers brought him to national attention. Scottee’s new show Class will be his first show at the midscale, opening in HOME’s larger Theatre 1 space.

Dave Moutrey, Director and CEO of HOME said: “HOME exists to produce and develop new art and new artists, responding to our place in the city and the world. Across the next year, starting with Liz, Scottee and Javaad, we will embark on a new creative direction. By collaborating with a generation of artists and theatre-makers to create a fresh canon of work, we want to reach new audiences, help develop new cross-art form practice and tell new stories.”

2019 will feature a vibrant programme of building-wide festivals and seasons which include major productions in the theatres. In April HOME’s annual ¡Viva! Festival of Spanish and Latin American art returns for a 25th year. It features the HOME-commissioned Kingdom by award-winning Catalan company Senor Serrano. HOME will also mark Refugee Week, with a mixed programme including Iranian artist Nassim Soleimanpour’s production Nassim.

Dave Moutrey added: “I believe HOME is at its most impactful when the work on our stages connects with the programme in our cinemas and galleries. In 2019, landmark theatre events sit at the heart of building-wide celebrations, bringing together artists and communities from our region and around the world. !Viva! has added resonance this year with such uncertain times in Europe.

This festival promises to be an artistic antidote with another a joyous international cultural party. To mark the 200th anniversary of Peterloo in summer 2019, we’re planning a special programme exploring the timeless interaction between music and political protest. More details will be announced soon.”

Alongside all this, HOME will welcome the famous and the funny to its theatre spaces. Highlights include comedian Mark Thomas with his theatrical examination of our National Health Service in Check Up: Our NHS @ 70; RuPaul’s Drag Race favourite Jinkx Monsoon; and HOME regulars The Tiger Lillies taking a trip into the Devil’s Fairground.

HOME also offers a year-round platform where people throughout Manchester’s communities, especially young people, can engage with the arts. Highlights of a packed programme for 2019 include a new show from CAN Young Artists, and the return of National Theatre Connections Festival, bringing together some of the most exciting writers in the country with the theatre makers of tomorrow.