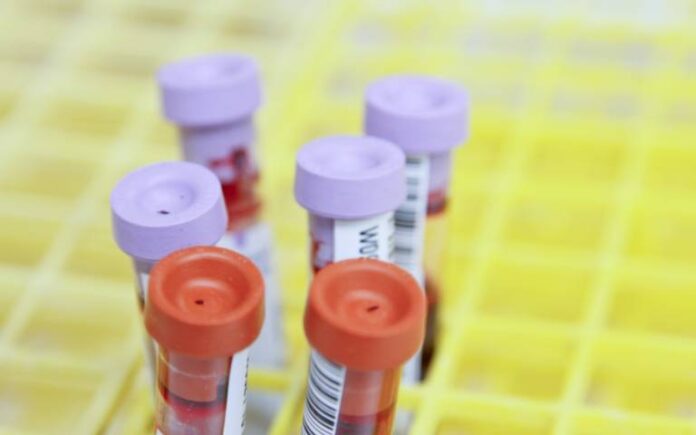 A large-scale randomised trial of annual screening for ovarian cancer did not succeed in reducing deaths from the disease, despite one of the screening methods tested detecting cancers earlier.

Results from the UK Collaborative Trial of Ovarian Cancer Screening (UKCTOCS) have been published in a report in the medical journal The Lancet.

In the UK, 4,000 women die from ovarian cancer each year. It is not usually diagnosed until it is at a late stage and hard to treat. UKCTOCS was designed to test the hypothesis that a reliable screening method that picks up ovarian cancer earlier, when treatments are more likely to be effective, could save lives.

The latest analysis looked at data from more than 200,000 women aged 50-74 at recruitment who were followed up for an average of 16 years. The women were randomly allocated to one of three groups: no screening, annual screening using an ultrasound scan, and annual multimodal screening involving a blood test followed by an ultrasound scan as a second line test.

The researchers found that, while the approach using multimodal testing succeeded in picking up cancers at an early stage, neither screening method led to a reduction in deaths.

Earlier detection in UKCTOCS did not translate into saving lives. Researchers said this highlighted the importance of requiring evidence that any potential screening test for ovarian cancer actually reduced deaths, as well as detecting cancers earlier.

Professor Usha Menon (MRC Clinical Trials Unit at UCL), lead investigator of UKTOCS, said: “UKCTOCS is the first trial to show that screening can definitely detect ovarian cancer earlier. However, this very large, rigorous trial shows clearly that screening using either of the approaches we tested did not save lives. We therefore cannot recommend ovarian cancer screening for the general population using these methods.

“We are disappointed as this is not the outcome we and everyone involved in the trial had hoped and worked for over so many years. To save lives, we will require a better screening test that detects ovarian cancer earlier and in more women than the multimodal screening strategy we used.”

Women aged between 50 and 74 were enrolled in the trial between 2001 and 2005. Screening lasted until 2011 and was either an annual blood test, monitoring changes in the level of the protein CA125, or a yearly vaginal ultrasound scan. About 100,000 women were assigned to the no screening group, and more than 50,000 women to each of the screening groups.

The initial analysis of deaths in the trial occurred in 2015, but there was not enough data at that time to conclude whether or not screening reduced deaths. By looking at five more years of follow up data from the women involved, researchers are now able to conclude that the screening did not save lives.

Professor Mahesh Parmar, Director of the MRC Clinical Trials Unit at UCL and a senior author on the paper, said: “There have been significant improvements in the treatment of advanced disease in the last 10 years, since screening in our trial ended. Our trial showed that screening was not effective in women who do not have any symptoms of ovarian cancer; in women who do have symptoms early diagnosis, combined with this better treatment, can still make a difference to quality of life and, potentially, improve outcomes. On top of this, getting a diagnosis quickly, whatever the stage of the cancer, is profoundly important to women and their families.”

Professor Ian Jacobs, from the University of New South Wales (UNSW Sydney), a co-investigator who has led the ovarian cancer screening research programme since 1985 and who was lead investigator of UKCTOCS from 2001-2014, said: “My thanks to the thousands of women, healthcare professionals and researchers who made this trial possible. The multimodal screening strategy did succeed in detection of ovarian cancer at an earlier stage, but sadly that did not save lives. This is deeply disappointing and frustrating given the hope of all involved that we would save the lives of thousands of women who are affected by ovarian cancer each year.”

Professor Jacobs noted: “Population screening for ovarian cancer can only be supported if a test is shown to reduce deaths in a future randomised controlled trial. I remain hopeful that a new effective screening test will be found eventually, but it will take many years to conduct a large trial of the test. Realistically, this means we have to reluctantly accept that population screening for ovarian cancer is more than a decade away.”

A huge wealth of samples and data from the trial has been donated by the participants for future research. This resource, referred to as the UKCTOCS Longitudinal Women’s Cohort (UKLWC), is now being used by researchers worldwide, helping to improve understanding of ovarian cancer as well as other cancers and other diseases such as cardiovascular disease.

Researchers say that the study has also generated insights into how best to design, conduct and analyse a large-scale randomised clinical trial particularly in individuals who have no signs of disease. These insights will be helpful to future trials in all areas of health. It has also contributed to advances in risk assessment, prevention and diagnosis of ovarian cancer.

Michelle Mitchell, Cancer Research UK’s Chief Executive, said: “Trials don’t always find the result we had hoped for, but we need long-term studies like this to know whether new tests save lives. Cancer Research UK will continue to fund vital research into aggressive forms of ovarian cancer so we can reduce the impact of this disease.

“Screening is for people without symptoms, so it’s still important that if you notice unusual or persistent changes to talk to your doctor. Symptoms of ovarian cancer can be quite vague and similar to symptoms caused by less serious conditions, which can make spotting the disease tricky. Whether it’s needing to go to the toilet more often, pain, bloating, or something else, raise it with your GP – in most cases it won’t be cancer but it’s best to get it checked out.”

“However, it’s important to note that negative results can be as important as positive. The study has provided important new evidence and insights into how to conduct and analyse future large-scale randomised clinical trials into ovarian cancer, in the hope that this will prevent and diagnose this disease more effectively in the future.

“We thank every single person who took part.”